A64 carriageway to be earmarked for dualling 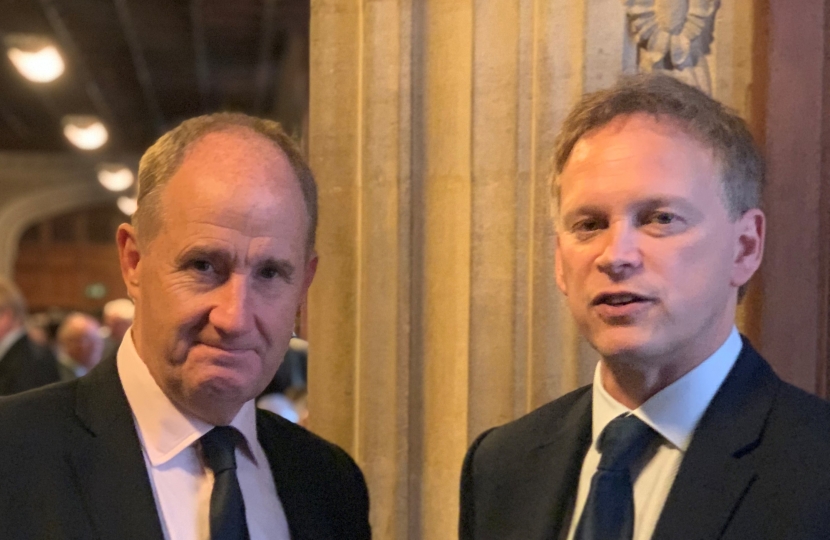 The long awaited A64 dual carriageway between the Hopgrove roundabout and Barton Hill has been included in the investment period 2025 -2030 (RIS3) it has been announced today.

I have led calls for the £300 million upgrade having raised the issue in Parliament and met transport and Treasury ministers on innumerable occasions. I am pleased that the project was included in today’s Budget although disappointed that work won’t start until after 2025. The dualling was included in projects for RIS3 and will enter development stage now.

I made dualling the A64 a key priority since I was elected in 2015. I will continue to campaign for this much needed improvement because it will bring huge benefits to the region through greater investment, productivity and economic growth. The region is the second most visited area outside of London with tourism making a major economic and employment contribution; it is an important artery to and from York hospital which provides acute and specialist healthcare services for 800,000 people living in an around York, North Yorkshire and East Yorkshire serving hospital sites in York, Malton, Scarborough and Bridlington. It will also cut journey times and fuel consumption significantly for businesses based along the A64 between York and Scarborough attracting investment and creating new jobs.

Delays on the A64 have largely been created by ever increasing volumes of traffic and from the merge from dual to single carriageway approximately 500m north east of the Hopgrove junction. This has caused frustration for years with average A64 speeds at 41mph on the single carriageway section with expected delays of 20 minutes or four hours at peak traffic flow times according to figures produced by the A64 Growth Partnership.

Neighbouring MPs, Robert Goodwill (Scarborough and Whitby) and Julian Sturdy (York Outer) and Greg Knight (East Yorkshire) and I have worked together with the A64 Growth Partnership which includes local businesses, local councils and the Local Enterprise Partnership to make a compelling case for the A64 upgrade to be included in the next Road Investment Strategy (RIS2) designed to improve England’s motorways and major roads post 2020. We made it clear that the success of the local economy depended on the decision. We argued that tourism which encompasses Ryedale, the North York Moors and the North Yorkshire Coast, including seaside towns like Scarborough and Filey are being held back because of delays and congestion. We also said that the situation is likely to worsen because of higher volumes of traffic from the planned upgraded York Outer ring road which feeds into the A64 and from housing developments along that stretch of road.