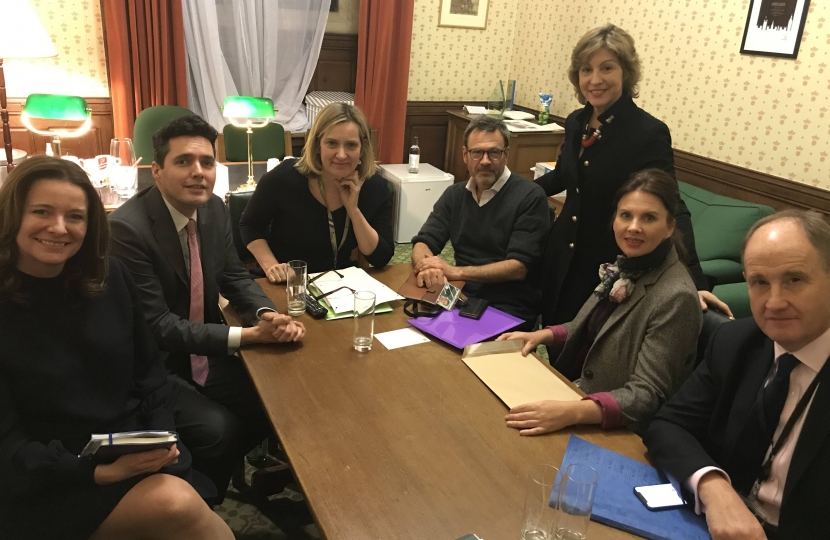 The Work and Pensions Secretary, Amber Rudd MP, has agreed to look again at the system of payments for Universal Credit (UC) following a meeting I had with her in Westminster.

I explained to Mrs Rudd that the current system for people who are paid on a four-weekly cycle is not working. Some claimants can get paid twice in the same month which, in turn, looks as if they are earning more than they actually do. I told the minister that this can mean they don’t qualify for the next UC payment, which leaves them out of pocket. This is causing considerable stress to some of my constituents who have raised the matter with me. I have  already raised the issue a number of times in Parliament on their behalf.

Mr Rudd said that she understood the problem and that it is part of a wider set of issues that her Department is looking at. The minister said that she would look at whether the system of loans, which can be offered to help claimants when they first move on to universal credit can also be applied in these circumstances. This would mean that an individual can draw down some of their UC payment in advance in the month where there is a shortfall.

I am grateful to the minister for listening and for her promise to take another look at the system. I know it will come as a relief to many people, who are worried about making ends meet at the end of the month.