More safety improvements planned for A19 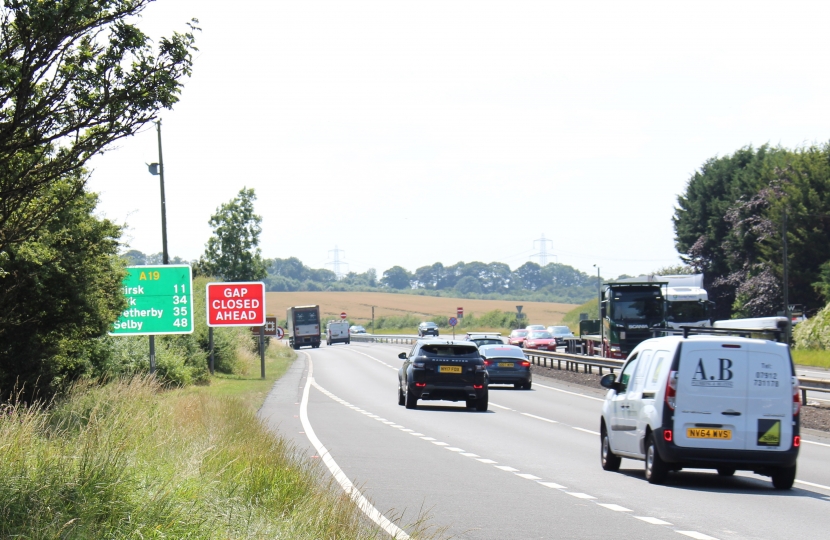 Plans to improve safety on two further sections of the A19 are very welcome indeed. Highways England is at the detailed design stage at Link 9, A172 (Tontine) to Trenholme Lane and is about to start work on the preliminary design of a 10 kilometre stretch at link 7 between A684 (Ellerbeck) to Knayton.

This follows the completion of a new junction at Mount Grace Priory and the closure of a dangerous central reservation gap which I and my parliamentary neighbour, Rishi Sunak, campaigned hard for following the death of Mrs Sonia Rose, 83, from Carlton Miniott near Thirsk who died when a vehicle strayed across the gap and crashed head-on into her car in 2018.

The improvements at Mount Grace will undoubtedly save lives on this busy stretch of road between Teesside and the A1 and further measures are needed at these other sections so that people travelling along this fast road can be safe. I am very pleased that Highways England is delivering on its promises to make this road safer for everyone. Once the designs are completed I will support it in its efforts to secure funding.

Mrs Rose’s daughter, Katy Rose, said “As a family it is a terrific relief that the Mount Grace Priory turn-off is now so much safer. We were also delighted to hear the news that funding has now been received by Highways England for preliminary investigations into two further nearby stretches of the A19 dual carriageway. We are very grateful to everyone concerned with the campaign, our MP’s Kevin Hollinrake and Rishi Sunak for their support and time, Highways England and of course everyone who got behind our petition. We feel a great sense of pride that the A19 is becoming a safer road for everyone. We are certain Mum would have been very proud of this too”.

It is expected that the detailed designs for link 9 will be completed by September and followed by a consultation process. They will be submitted for funding approval in 2022-2023 with those for Link 7 following a year later.