MPs team up to back York bid for GBR headquarters 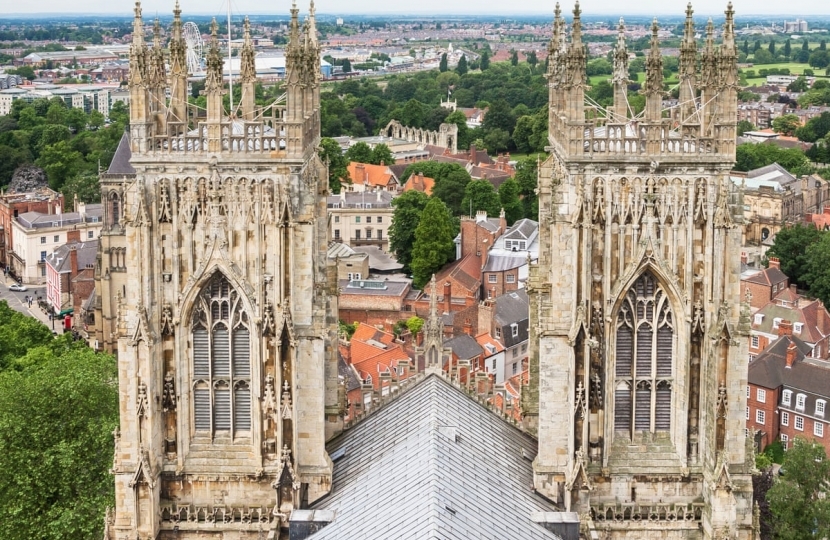 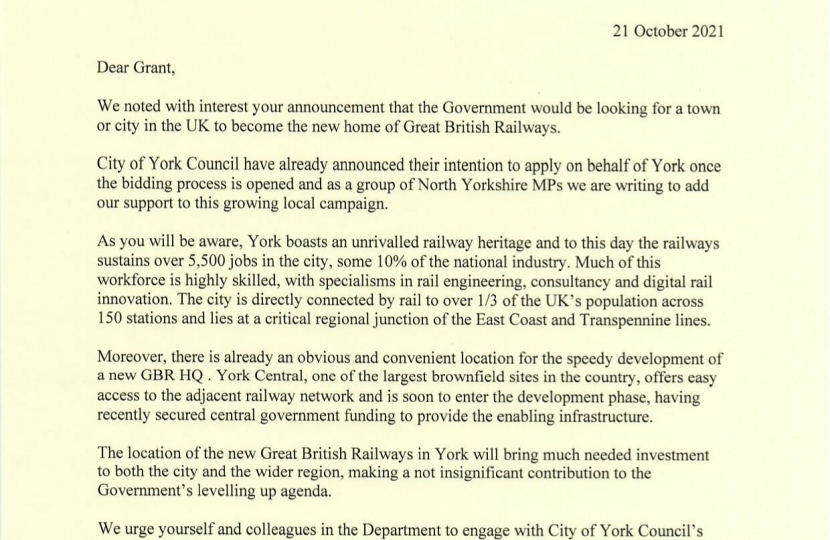 I have co-signed a letter to the Transport Secretary this week in support of York’s bid to become the home of Great British Railways. The letter was sent by Julian Sturdy MP and, along with myself, co-signed by local MPs Nigel Adams, Andrew Jones and Robert Goodwill. Great British Railways (GBR) is a new public body set up to integrate the railways and deliver passenger-focused travel with simpler, modern fares and reliable services.

Constituents will be aware I have been pushing for York to become GBR's headquarters for many months now, having asked the Transport Secretary about this in the House of Commons back in June. The historic significance and central geographical location to the rest of the UK makes York it the perfect location for GBR. I have been working closely with local MPs, North Yorkshire and City of York Councils, the Local Enterprise Partnership and other stakeholders to make this York bid and will continue to do so.

It is the shared view of the signatories of the letter that having GBR based in York will bring much needed investment to both the city and the wider region, making a significant contribution to the Government’s levelling up agenda. The letter also outlines the conveniently located brownfield site in the centre of the city that lends itself to development. My positive response from the Transport Secretary earlier this year is hopefully a sign that this may become a reality.