My campaign to dual the A64 moves up a gear 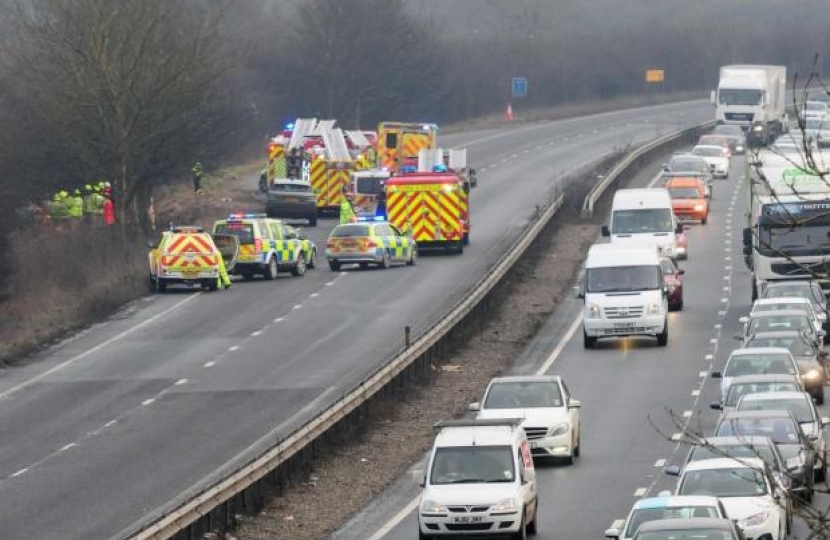 The campaign I am leading to dual the A64 has moved a step closer to success this week. Highways England confirmed that a number of options to improve the Hopgrove roundabout and to create a dual carriageway to join the existing dual carriageway at Barton le Willows will now go through a rigorous consultation process with regional stakeholders and the public. This is expected to take about a year before a final proposal will be submitted to the Department of Transport for consideration alongside 32 schemes across the country.

The need for this dual carriageway is greater than ever as the average daily traffic on the road is twice that recommended for a single carriageway. The problem occurs on a daily basis, and is often much worse at weekends and in the holidays when there is increased holiday traffic going to the coast. It is having a seriously detrimental effect on the regional economy. I am pleased that we are in the next phase of the scheme development and I will be working with Highways England and the A64 Growth Partnership, made up of local businesses and representatives from local authorities, to make sure we get the best possible scheme.

The options include an upgrade at Hopgrove to include a single elongated signalised roundabout in conjunction with one of three proposed dual carriageway schemes. These are either from a point 500m north of Hopgrove roundabout to Jinnah Restaurant or one of two offline schemes which would take the dual carriageway away from the current road via either the FERA estate or close to Scotchman’s junction and back onto the A64 at the Jinnah restaurant.

The preferred scheme will need to provide value for money as well as a solution to the traffic congestion which has plagued the A64 for decades. I will be keeping in touch with developments at every stage of its development and offering whatever help he can and will continue to press the case for dualling with officials and ministers. The Department of Transport is expected to make a final decision in 2024. If successful, construction will be carried out in the building programme from 2025 to 2030.