£8 million safety improvements underway on the A64 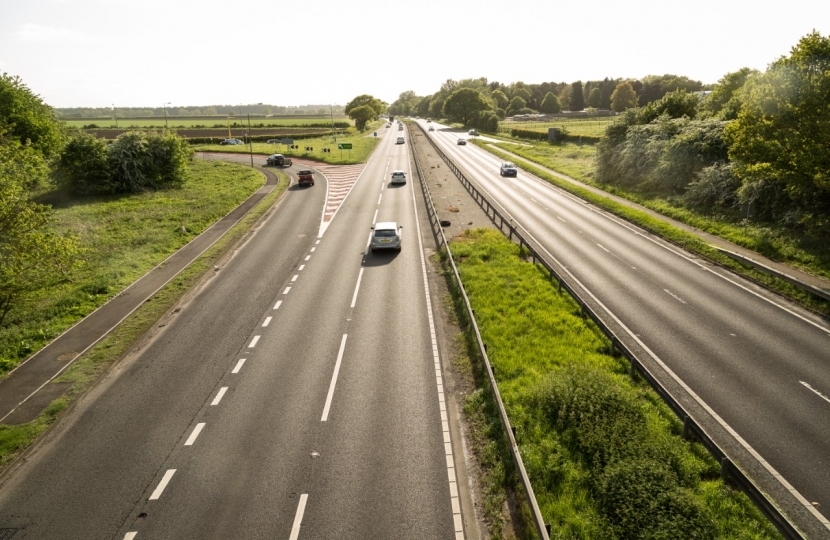 As the lead campaigner to improve safety on the A64, including a dual carriageway between Hopgrove and Barton le Willows, I welcome the £8m planned works which will undoubtedly improve journeys for thousands of drivers who use that road.

The work includes resurfacing on the stretch between Barr Lane to Claxton and the Musley Bank westbound slip road. Barrier work will be carried out at the Malton bypass and there will be improvements at Old Malton Junction and to the bridge at Flaxton Carr. Drainage work will also begin at Rillington and continue between Sherburn and Ganton.

It’s hugely important that we keep all sections of this much used road safe so I am delighted that Highways England is bringing forward this programme of work. It is a continuation of the improvements I campaigned for last year, alongside local councillors and residents. This included the first stages of drainage work between Sherburn and Ganton and traffic slowing measures through villages such as Rillington as well as pedestrian refuges at Welburn and Crambeck after four people tragically lost their lives within a month in 2017.

My campaign for a much needed dual carriageway will continue following Highways England’s confirmation this week that a number of options to improve the Hopgrove roundabout and create a new dual carriageway to join the existing road at Barton le Willows is to go through a consultation process with regional stakeholders and the public.