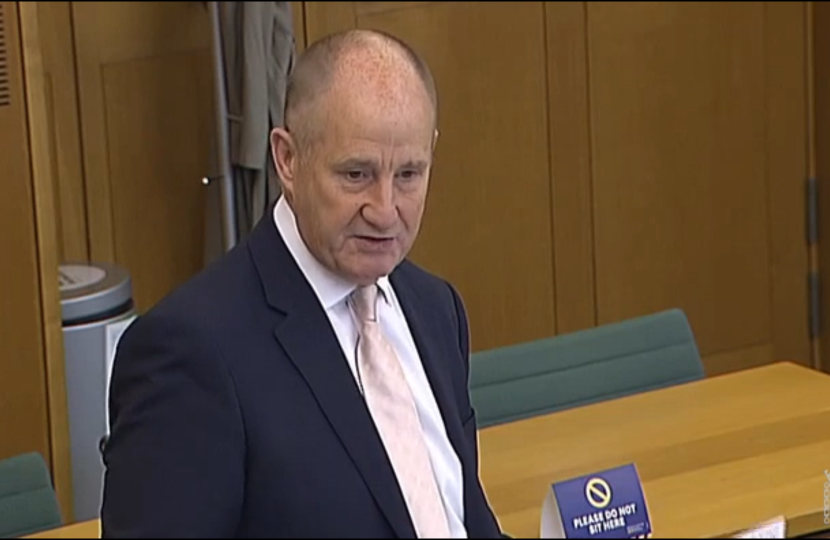 I took the opportunity to launch a scathing attack on RVA Surveyors who are a group of conmen who prey on unsuspecting business people and defraud them of tens of thousands of pounds over long periods of time. I tabled the debate myself to expose the extent of the company’s fraudulent activities and press for its closure.

I became aware of RVA’s unscrupulous behaviour when a constituent Jude Carter who runs Dreams, Hair and Beauty Salon in Hunmanby, told me she had lost thousands of pounds after being approached by RVA. The company would use a Freedom of Information request to find out from local authorities which companies qualified for business rates relief and would then pressurise that company to sign a long term contract diverting half this government support into its own bank accounts. The Manchester based RVA provided no service in return apart from writing a single letter to the local authority requesting the rates relief which the SME was entitled to and could have claimed itself. In Mrs Carter’s case her rate relief would have been £3,000 a year of which RVA took 52% over a 12 year period.

RVA, which has 10,000 businesses on its books, have been shown to use cynical tactics such as forging signatures, changing contract details after agreement and harassment to claim payment. 13 MPs of all parties were aware of dozens of cases in their constituency and had joined me in signing a letter to the Secretary of State and Insolvency Service to highlight their concerns. I think that there are hundreds if not thousands of people who have effectively been defrauded in this way. I can describe RVA Surveyors in no better terms than they are shysters, carpetbaggers and parasites.

I am calling for urgent action to stop these practices and close down RVA to protect businesses from falling prey to these unscrupulous tactics by RVA or any other company. I was disappointed that the Insolvency Service had so far failed to take action and urged the minister to extend the Consumer Protection laws to include micro businesses so that contracts could be challenged in court.

Responding to the debate Treasury Minister, Jesse Norman, said there is no reason why an agent should be needed to claim business rates on an SME’s behalf as they can claim the relief simply by contacting their local council and expressed support for Mr Hollinrake’s calls for the Insolvency Service to take action and to extend consumer rights regulations to micro-businesses.