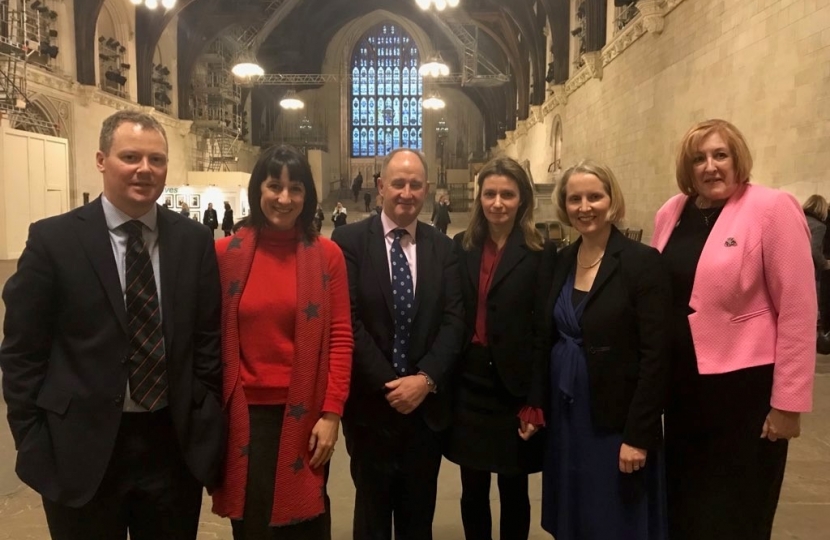 This week, I have added my support for regulatory reform for bailiffs. On Wednesday 9th of January, a Westminster Hall debate was held in Parliament where I highlighted a problem with aggressive debt collection and made clear my support for an independent regulator and for adopting best practice.

During the debate, I mentioned that debt is a commercial matter and those to whom people are not paying their debts have a perfect right to try to collect them. However, Parliament and the Government exert some control and have influence over local authorities who should learn from and develop best practice on debt collection. I urged them to begin by learning best practice from utility companies.

Thirty per cent of people who approach StepChange, a debt advice charity, do so because they are behind in paying their council tax. According to the National Audit Office, seven years ago, 21 per cent of debt problems reported to Citizens Advice were due to utilities and local government. Today the figures stand at 26 per cent with utilities, in addition to 40 per cent for local authorities. Local authorities have been criticised by the Treasury Committee for being overzealous in their recourse to bailiffs. It could make a significant difference to people’s lives if local authorities adopt best practice for debt collection.

The Money Advice Service has developed the Supportive Council Tax Recovery toolkit for local authorities to adopt, which provides guidance on how to liaise with debt advice agencies and take specific approaches, particularly when helping vulnerable people.

It is a fact that poverty and debt are inextricably linked and I will continue my work as the co-Chair of the All-Party Parliamentary Group on Poverty and with debt advice charities, such as StepChange, whom I met with at the end of last year to discuss these issues that people face. I have also had dialogue with Yorkshire Water to discuss utility debt and how they deal with and identify vulnerable households.

According to the Money and Mental Health Policy Institute, 50 per cent of people who are in debt have mental health problems, and it is important to identify them and take a different approach. In my constituency an excellent debt collection agency works with the utilities. I have visited them and they take a supportive and collaborative approach to debt collection. The collection rates are at least as good as those obtained by traditional routes.

I will continue to make the case for local authorities to follow best practices whilst pressing for effective independent regulations of bailiffs. This week, I also co-signed a cross-party letter with Yorkshire’s Leeds West MP, Rachel Reeves, to try to seek these changes starting with a meeting with the Justice Secretary, David Gauke MP.