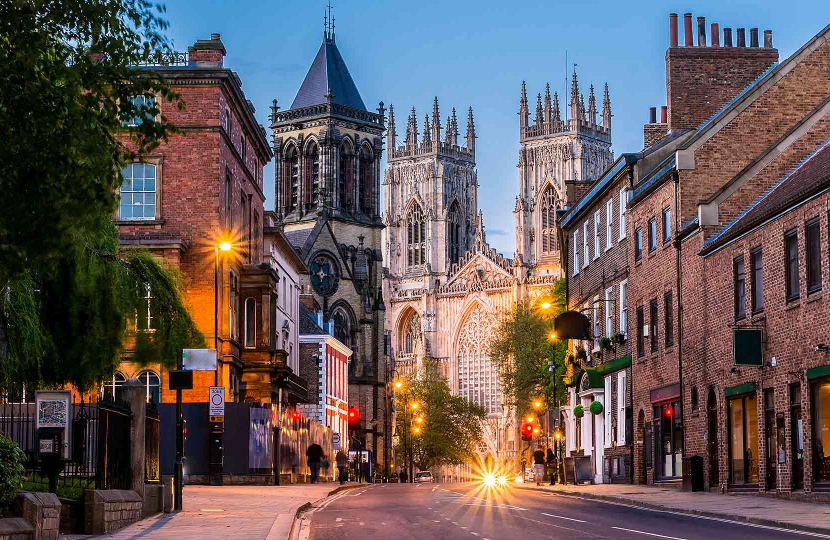 Thirsk and Malton MP, Kevin Hollinrake, has confirmed that he will continue to support York’s bid to house the new headquarters of Great British Railways – following the launch of a new nationwide competition in which the public will be able to have their say with an online vote.

The new HQ will see the home of our railways moved out of London, spreading opportunities and bringing a number of high-skilled jobs to the winning location. As Thirsk and Malton constituents will know, Mr Hollinrake has been pushing for York to become the new home of Great British Railways for a number of months now, meeting with the Transport Secretary, asking various questions in the House as well as writing an article for the Yorkshire Post.

The creation of Great British Railways was announced as a major pillar of the once in a generation reform launched by Transport Secretary, Grant Shapps, in the Williams-Shapps Plan for Rail. Great British Railways will be a single guiding mind that ends the fragmentation of the rail industry and drive benefits and improvements across the network.

Locations across the country with strong, historical links to the railway, such as York, are encouraged to make the case for why they should be the new home of Great British Rail. The GBR Transition Team will shortlist the best applications in May, after which a public vote will help determine the winning location.

Bids to house the new HQ will be measured against six criteria:

· Alignment to Levelling Up objectives

· Connected and easy to get to

· Railway heritage and links to the network

Local authorities, MPs and business groups are being encouraged to drive forward campaigns for why their community should be the #DestinationGBR by visiting www.gbrtt.co.uk/hq.

Mr Hollinrake said; 'York's strong, historical links to our nation’s railways make it an ideal location for the new Great British Railways headquarters – and I will be backing their bid all the way. This HQ would bring new highly skilled jobs to North Yorkshire has a whole, level up and create opportunities for Thirsk and Malton residents, and cement York’s status as the true home of British rail. I urge local residents, leaders, and business groups to get behind this bid.'

“Our railways have kept this country moving for almost two hundred years but it’s time to kickstart a new age that will shape our network for the next two hundred. I’m calling on people across the country to make the case for why the true home of the railways is on your doorstep”