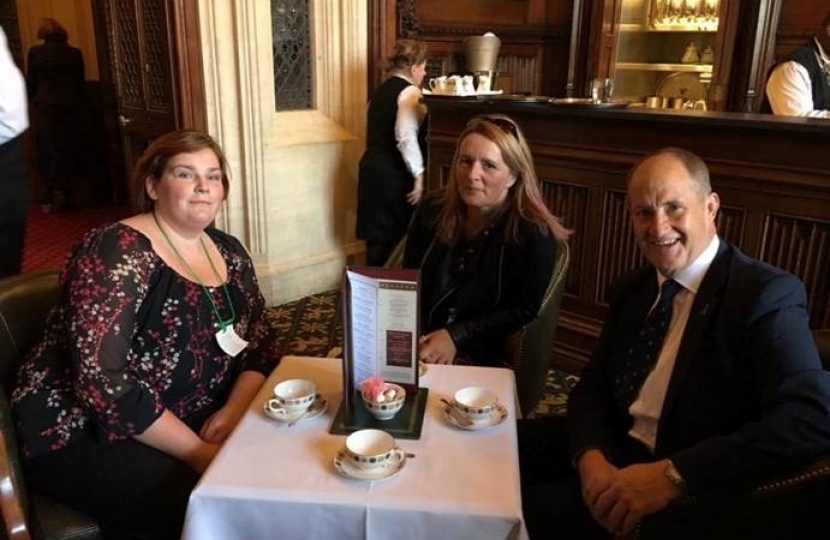 On Wednesday 12th October in Westminster Kevin Hollinrake MP for Thirsk and Malton met with Annika Dowson and Gill Armstrong, parents who raised £9,000 towards a £134,000 project developing the 'Snowdrop Suite' at Scarborough Hospital. The suite is for bereaved parents suffering the loss of their baby. Mr. Hollinrake attended a reception in support of Baby Loss Awareness Week at the, Speaker’s House, House of Commons.  This event was hosted by the All-Party Parliamentary Group on Baby Loss, with the kind permission of Mr Speaker, The Rt Hon John Bercow MP.

In the Chamber on Thursday 13th October Mr. Hollinrake raised the story of their fantastic fundraising for the “Snowdrop Suite” to Antoinette Sandbach, MP for Eddisbury, in a debate on the misfortune of baby loss. He asked her if she agreed with him that such projects are a wonderful way for parents to dedicate their energies. She replied that she was thankful to have met the Dowsons last year, following a debate in Parliament on a similar topic, and that such fundraising projects allow heroic parents to glean some positivity from their tragedy. The Snowdrop Suite and others like it, especially when developed with the help of parents like Annika and James, are a testament to the memory of tragically lost infants.