Calling for a change in the law to allow assisted dying 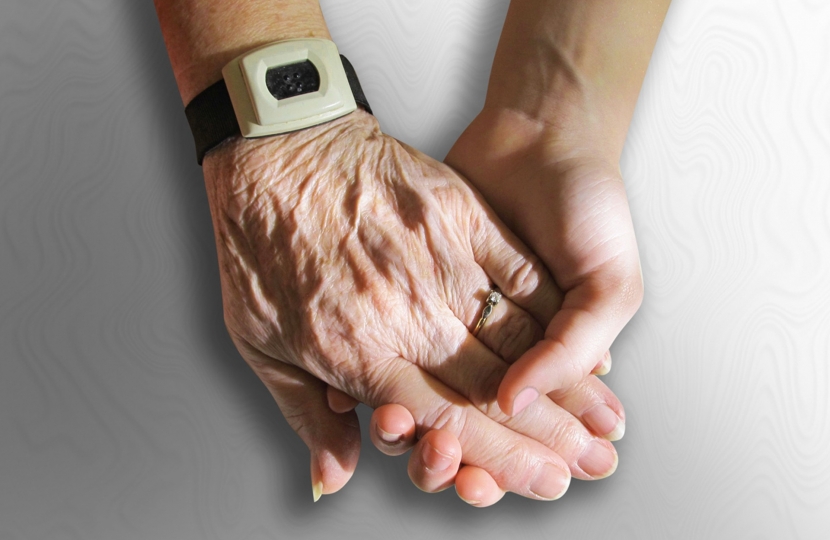 As MPs in a representative democracy, we are elected to use our judgements, collective and personal, not to simply act as a delegate for our constituents’ views. This is the foundation of our Parliament and it’s also a useful argument for those who take the opposite view to me on assisted dying.

But when we look at the enormous, and growing, public support for law change, it must give us cause to stop and think. When I was elected as an MP for the first time in 2015, one of the first votes I cast was to support the legalisation of assisted dying. I was in a minority then of a small number of Conservative MPs who took that view, but it had been informed by my own beliefs and the views of my constituents.

Shortly before the debate I was invited by a local bishop to talk to the congregation about the upcoming vote and was surprised, as indeed was the bishop, to find that around 80% of those who attended the discussion were in support of law change. That figure is borne out by repeated surveys from a range of pollsters, commissioned by campaigners on both sides and by neutral academics, showing an overwhelming majority support assisted dying.

In those intervening years I have been struck by the changing discussion amongst MPs about the issue. I have spoken to many of my friends and colleagues who have either regretted their opposition in 2015 or who are taking a more balanced view. It was demonstrated strongly to me in a Westminster Hall debate in January that the mood is shifting when I saw a majority of MPs – and, most pleasingly, a number of MPs from the new intake – who supported a review of the current law. I know Ministers have been in lengthy discussions with campaigners on both sides of the issue and see this as an issue that Parliament must grapple with and soon.

This week sees the publication of a new book, Last Rights: The case for assisted dying, a book that explores the arguments that have informed my thinking in the past but bringing them into the present. Not only does it look at the surge in support for assisted dying around the world – including in Canada, Australia and New Zealand, not to mention a further six states in the USA, all of whom have changed their laws since our vote in 2015 – but the more recent events of the coronavirus outbreak, where the questions over how we die have never been more pertinent.

During the election campaign last year I lost my mother. As she died, her final hours were difficult, particularly due to the invasive treatments she needed to clear fluid from her lungs. It was not only distressing for her as she reached the end of her life, but greatly distressing for those of us who loved her and saw her suffer in her last moments with us, and indeed her fellow patients on her ward. Many more people will have experienced similar deaths over the past few months due to coronavirus, and many more will continue to die in such ways even after the pandemic has been controlled. It cannot be right to force people to suffer like that when they would much rather die peacefully, on their own terms.

To those of my colleagues who are understandably cautious about moving towards the legalisation of assisted dying, I would remind them of two things. First, that this is an issue where our constituents are very nearly unanimous in their views, and in these rare cases we must take note and listen to their views. Second, and perhaps most importantly, we all recognise that this must be done carefully and with proper checks and balances. But this is where we should take heart: this is not a voyage into the unknown, but one where we can come together as a Parliament to craft a law that works for our country by looking at the best practices from overseas.

We must look to other countries in the wide world that share similar outlooks on life, in the USA, Canada, Australia and New Zealand, and figure out what we can learn from their experiences. They each tackle the subject in their own way and we, in Britain, will be able to do the same and get it right for ourselves. But we cannot continue to allow people to suffer as they die and our constituents will not allow us to prevaricate on this any longer. We should do what the public expects us to do, to grasp the nettle, beginning with an inquiry into the existing law on assisted dying and how it should change.