Campaigning for 'advance fares' tickets for all Northern routes 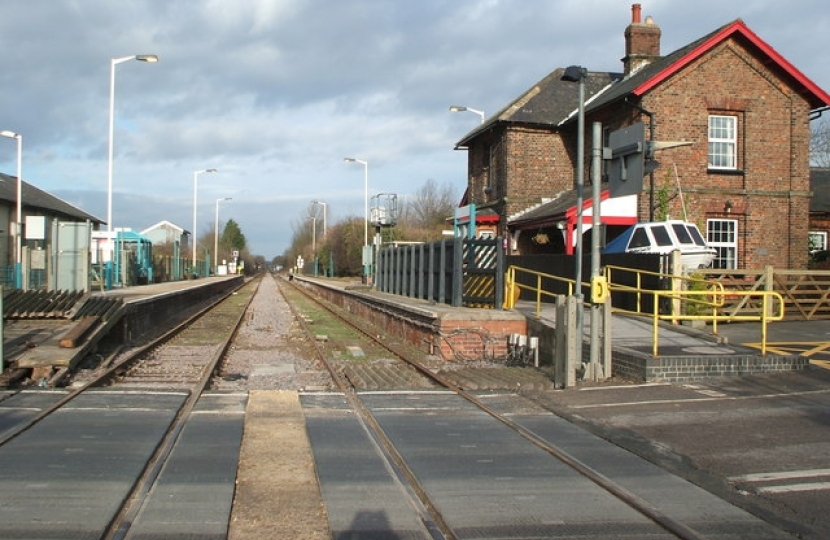 Today I have written to the Transport Secretary, Grant Shapps MP, urging him to introduce a system of 'advance fares' between all northern rail stations over a distance of around 40 miles when he takes over the running of Northern Rail next month.

Working with the campaign group, Friends of Hunmanby Station, I argue that this system, which is currently generally operational on lines where two or more train operators provide a service, would offer a much fairer price range for passengers using Northern Rail and would also ease overcrowding on busy trains at peak times. For example, if you travel from Filey to Sheffield you can qualify for an advance fare, but not if you get on at Hunmanby or Bempton, despite the train stopping at both these stations. Northern rail passengers have had a disgraceful service in recent times with high levels of delays and cancellations and they deserve better. A system of advanced ticket purchases would provide benefits all round. It would enable passengers to buy a cheaper ticket on less crowded trains and would enable the train operator to fill empty seats.

Nick Harvey from Friends of Hunmanby Station said “It should be introduced when the May 2020 timetable starts with relatively few changes planned, compared to previous reviews. With reliability to the long-suffering Northern Powerhouse passenger improving the launch of 'advanced fares’ at all Northern Rail stations would help encourage flexible passengers to move to lower demand trains, easing congestion on known crowded trains and busy stations at peak times.”

I am delighted to support Friends of Hunmanby Station again after we successfully helped secure much needed changes to a new timetable, introduced in December 2019, allowing trains to run every hour at regular hours from Scarborough, Seamer, Filey, Hunmanby, Bempton, and Bridlington beyond Hull to Goole, Doncaster, Meadowhall and Sheffield with an extra coach to relieve overcrowding. The new timetable also included better connections at Seamer from TransPennine Services as well as Hull with a new service to Halifax via Leeds and Bradford and allows local people who have used the train to get to work and college for many years to get to their destination on time rather than arriving either too early or too late.

From 1st March, the Northern Rail franchise will be taken into public ownership and the Government will begin operating Northern services through the public-sector operator - the so-called operator of last resort (OLR) Improving the performance and reliability of Northern services, and substantially reducing the number of cancellations, will be a priority.