Devolution in North Yorkshire gets the go ahead 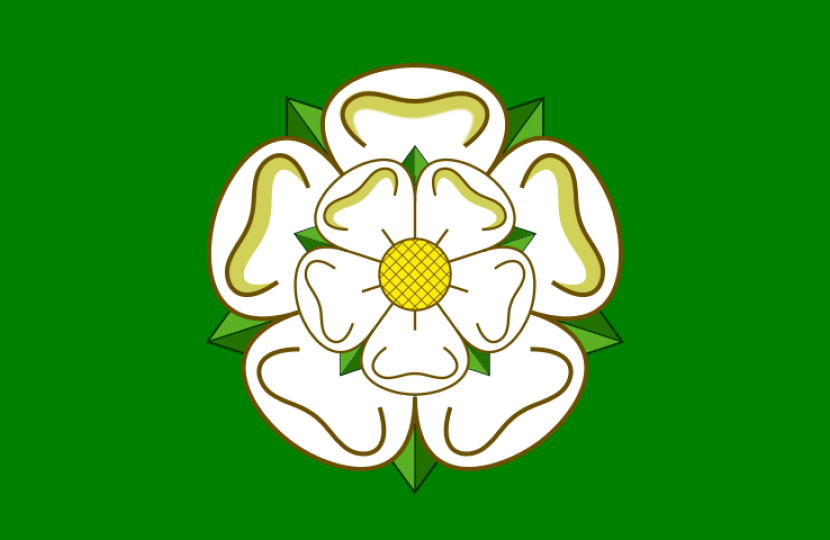 A complete reorganisation of local government across York and North Yorkshire will mean that within two years will we have more money, powers and local decision-making to decide where it is spent. Councils across North Yorkshire including York City Council have been invited to submit proposals for moving to unitary local government. This would mean that, instead of the current two tiers of administration where local services are delivered by both county and district councils, there would be just one authority under a regionally elected mayor. This would save the taxpayer millions of pounds, provide more efficient services and ensure that decisions are designed to meet the needs and have the support of the local people. Localism and devolution are at the heart of this Government’s ‘levelling up’ agenda, based on a recognition that local areas know best their unique circumstances.

I am one hundred percent behind this. The reorganisation of local government comes hand-in-hand with devolution of powers and monies from central government to local government and a regional elected mayor. We have seen the effectiveness of mayors for example in Tees Valley and the West Midlands and are common in many other countries, for example the US. The principle is that the role attracts a new type of candidate, possibly from a non-political background, such as business or public service. This is because most influential governmental positions are secured after a long career in politics, which is unattractive to many people who have had successful careers in other sectors. I am delighted that the Government has decided that devolution for this area should come in the form of a York City Region, which I have long campaigned for. The other much-touted option on the table was devolution to ‘One Yorkshire’, which I think would have left rural North Yorkshire at the back of the queue, behind Leeds and the other main conurbations when it comes to distribution of monies, but this has been rejected by ministers.

I have long been a supporter of regional elected mayors, which clearly does add an additional tier to local government, albeit a much less expensive one. Naturally, therefore, I think it is right that we seek to remove a tier where two-tier local government (e.g. counties and districts) exist. The principle reason for this is cost savings. There are currently nine local authorities (eleven if you count the National Parks) across North Yorkshire, each with a management and back office and often the same councillors ‘double-hatting’ as district and county councillors. According to the TaxPayers Alliance, a national move to unitaries where they don’t currently exist would save the taxpayer around £600m per annum. https://www.taxpayersalliance.com/the_efficacy_of_unitary_authorities

Of course, there will be different views on how we structure the remaining local government tier here in North Yorkshire. The most likely options are an East-West split of the York and North Yorkshire in its entirety or to leave York as a unitary and create a new unitary for North Yorkshire. The districts seem to favour the former option whilst the NYCC naturally tends to favour the county-wide option. Both teams are working on their proposed solutions, the districts have commissioned KPMG to produce a report that will compare all the principle options.

Councils have until December to submit their bids and I look forward to reading them before making a final decision. This will be followed by a consultation period in the Spring of 2021, elections in May 2022 followed by an election for the new regional Mayor in 2023.

The final decision will be made by the Treasury and the Ministry for Housing, Communities and Local Government.

I was pleased to meet with local farmers last Friday and Saturday, the former NFU members from Ryedale and the latter members from the North Yorkshire Moors Quality Sheep Association.