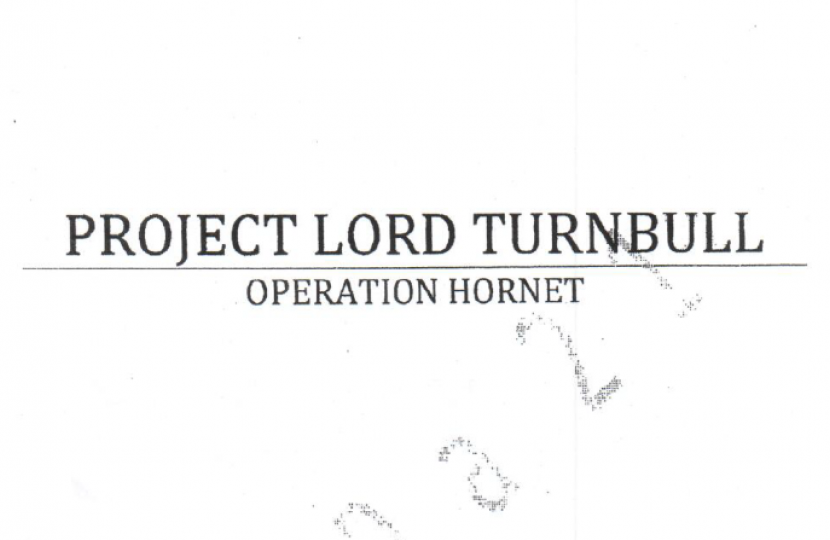 The All Party Parliamentary Group (APPG) on Fair Business Banking, which I co-Chair, has published the draft Project Lord Turnbull report, which makes serious allegations of fraud and malpractice causing misery and financial ruin for business owners. The report also alleges a subsequent cover up at Lloyds and HBoS.

We have released the report as part of our group’s long-term aim to restore confidence in the banking system and allow those who are seeking redress as a result of the banks’ actions access to evidence, which might support their claims. The contents and allegations contained within this report must be available to rigorous public scrutiny and full, forensic and expeditious investigations by regulators, fraud and crime agencies. Important though the report is, it should be considered in the context of other contemporaneous evidence.

In the backbench business debate on 10th May 2018, I initially revealed that I had received a copy of the draft Project Lord Turnbull report, sent by Michael Bancroft who was convicted of crimes related to the HBoS Reading fraud. The APPG has published the report alongside the letter sent by Mr Bancroft. The APPG has been cautious about the processes by which the report could be released as the protection of the whistleblower is of utmost importance.

The APPG has re-stated the need for an independent and public inquiry into these allegations in order to ensure full transparency and confidence in the process. A comprehensive, independent and transparent inquiry is the only way that we can truly identify and provide remedies for the destruction of individual businesses and the loss that investors have suffered.