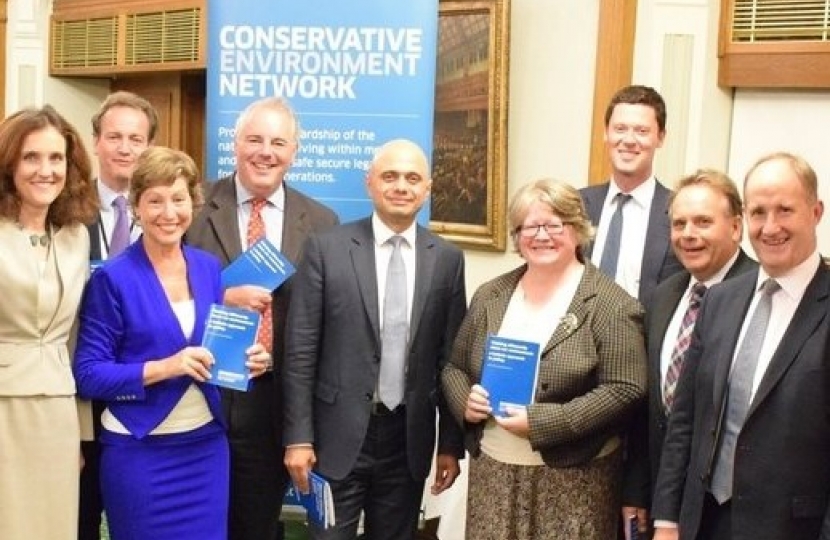 The Caucus works together to drive the green agenda in Westminster, signing up to a set of principles that include action on climate change, enhancing the natural environment, preserving species and oceans and tackling air pollution. I will work with other Conservative backbench MPs to nudge Government policy in a greener direction.

I have made campaigning on environmental issues a key priority since being elected in 2015. I championed green technologies such as wind and solar power, led the campaign in the North for more spending on rail infrastructure to keep cars off our roads and actively support a campaign to plant 50 million trees across the North. I drive an electric car and have taken part in a number of litter picks whilst encouraging a minimum use of plastic having pledged not to drink out of plastic bottles himself. As part of this Caucus I will now work with like-minded Conservatives to promote this agenda in Parliament.

We owe it to future generations to leave the environment in a better state than we found it. Everyone deserves cleaner air and water, sustainable and healthy food to eat, and access to green spaces. Climate change and the loss of many vital species and habitats threatens this both nationally and internationally. Conservatives are the original conservationists and recognise that we must act now to protect our one planet.

As part of my work with the Caucus, I support action to meet the UK's ambitious net zero emissions target, which will end the UK's contribution to climate change by 2050.  I am proud that the UK was the first major economy to adopt a net zero target. We know that we need to go net zero in order to avoid the worst impacts of climate change, such as extreme floods. Now that the target has been enshrined in law, we need to put in place pragmatic policies to eliminate emissions across our economy, for instance in transport and homes. I will be working with other MPs in the CEN Caucus to deliver those important next steps.

Sam Hall, Director of CEN, added, "we're delighted that Mr Hollinrake has recommitted to our Caucus to champion the environment. He is a great Parliamentary campaigner and will be a powerful voice for Thirsk and Malton on environmental issues. Climate change and the decline in nature are two of the biggest challenges we face today, and we need strong political action to address them. So it is brilliant to have Mr Hollinrake working with us to promote bold solutions to protect our environment."

on conservation and decarbonisation. CEN staff, work and projects are funded by philanthropic