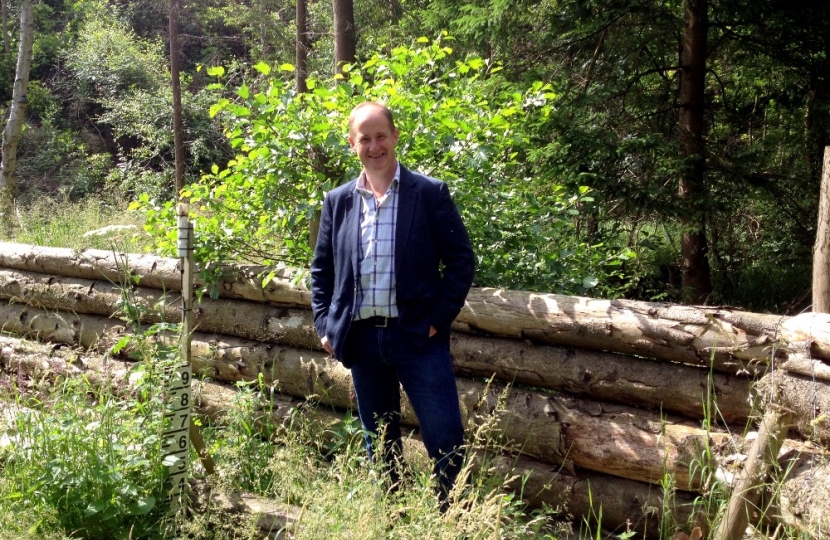 The Slowing the Flow (STF) partnership project has delivered a ground-breaking approach to reducing flood risk, the essence of which has been to work with the forces of nature. The STF Partnership, led by Forest Research, comprises the Forestry Commission, the Environment Agency, Natural England, the County, District, Town and Parish Councils, the North York Moors National Park, the North Yorkshire Moors Railway, the University of Durham and DEFRA. Using a wide variety of measures the objective has been to slow down the speed at which water runs off the moors and thereby reduce the risk of flooding in Pickering and Sinnington, which have flooded many times in recent years.  Partners have carried out extensive research and developed detailed hydrological models. Guided by this information we have planted over 40,000 trees, used heather bales to block moorland channels with over 180 check dams, installed over 165 woody debris dams in tributary streams across the catchment, built a number of larger scale timber bunds using trees felled on site to create water storage, worked with the grouse shoots to create no-burn zones and with farmers to introduce catchment sensitive farming practices.

All this is paying off – in the winter of 2012/13, when so many other places in Yorkshire flooded, Pickering and Sinnington came close but in the event did not flood. The last stage in the project has been to create a 120,000 cubic metre flood storage area alongside the North Yorkshire Moors steam railway line about 2 miles upstream of Pickering. Built by the Environment Agency with much of the funding from local partners, the flood storage area reconnects the river to its natural flood plain and thereby reduces flood risk much further.