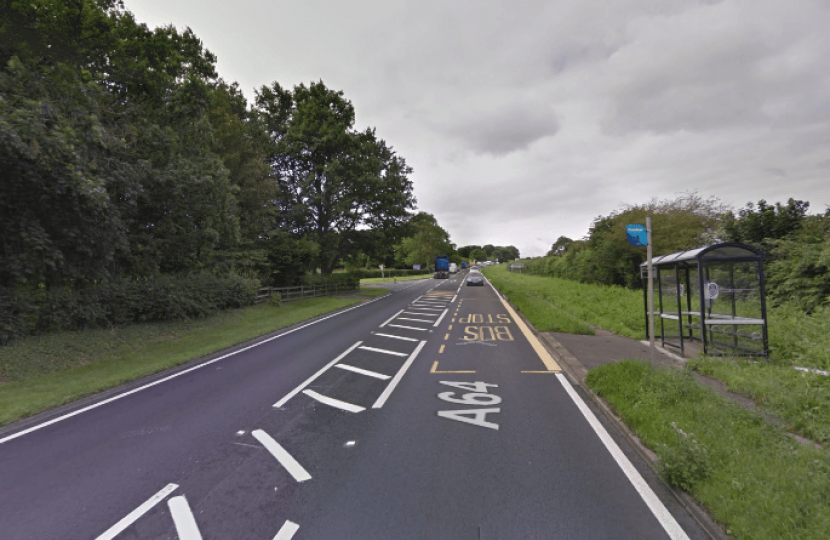 I very much welcome the news that new pedestrian refuges at Welburn and Crambeck on the A64 are now definitely to go ahead after Highways England confirmed that funding is now in place. I have been campaigning for these changes alongside Ryedale Councillor Caroline Goodrick and local residents. After requesting an update from Highways England I have been told that design for the improvements will be produced later this year. Once this has been completed construction work can start.

The proposals include a number of improvements including upgrading footways, new crossings with refuges, pedestrian crossing signage and improved right turn facilities on the A64 at Welburn and Crambeck. I understand the frustrations felt by local residents about the slow pace of these much needed improvements which came about following the fatal tragedies in the summer of 2017 when four people were killed within a month on that stretch of road. However, it is important to get it right so any new solution doesn’t create unintended consequences which might make matters worse. The new measures will enable pedestrians to cross the road safely and access the bus stop. I am pleased to be able to report that progress is being made and that Highways England is on course to start work later this year or in early 2020.

Since the tragedies in 2017 and following pressure from myself, Councillor Goodrick and local residents there has been an increased police safety camera presence on that stretch of the A64 to slow drivers down.