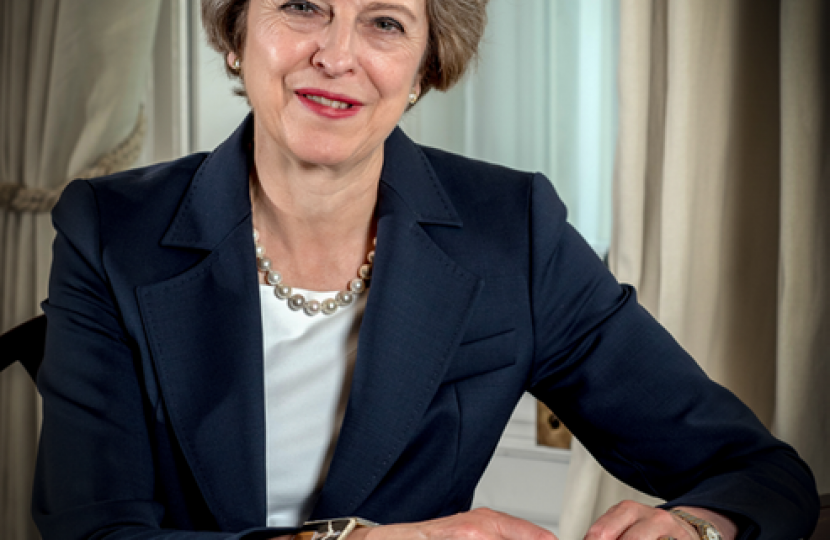 In politics today surprises, it seems, are the order of the day. The Prime Minister’s announcement this week was a whopper. No one saw it coming, and certainly not the media which, I have to say, is somewhat gratifying.

I was not alone amongst my colleagues, going about our normal business at Westminster after the Easter break, to have been taken off guard. In fact, the truth is I was quite shocked by this dramatic and unexpected turn of events, particularly as Mrs May had been clear that a snap election was not an option she favoured.

Having had twenty four hours to digest the news and its implications, I am quite certain that the Prime Minister has made the right decision. Not going to the country at this crucial time could have had serious negative consequences both at home and abroad. If Mrs May wins with a much bigger majority, which I am quite certain she will, it will mean that she will have Westminster supporting her, not opposing her, during the crucial few years of Brexit negotiations. It will also strengthen her hand in Europe too. It will show EU leaders, should they ever be in any doubt, that she means business, that the country is behind her and that, crucially, Parliament will not reject whatever final deal Mrs May and her team negotiate with their European counterparts. There’s also an added advantage that a new five year term would cover the two years of negotiations and three years of transition. It will therefore bring the stability and certainty that we need.

It’s already been dubbed the Brexit election and there is no doubt that this issue will dominate the next few weeks. But we must be clear about one thing. This will not be about whether we leave the EU or not. We are leaving the EU and there is no going back.

It seems to me that there is a simple question to answer in the ballot box on June 8th. Do you want the strong leadership of the Conservatives with Mrs May at the helm, focussing on a plan for a stronger Britain in the global economy, a fairer society creating good schools for every child and a National Health Service of which we can be proud? Or do you want a shambolic Labour party whose leader, Jeremy Corbyn, doesn’t even have the confidence of his own colleagues, whose past record on the economy is dismal, has no vision for the future and puts our national security in peril? In my mind, there is no choice.

So, we have ten days left of this Parliament and then the campaign will get underway in earnest. Although it is true that no sitting Prime Minister has had such a lead in the polls at the start of an election campaign for decades, or, put it another way, no opposition leader has scored so badly, there can be no room for complacency. I intend to start this election campaign in the same way I would any other and fight for every single vote in Thirsk and Malton to ensure that we give the Prime Minister the result she deserves.