Giving Power to the Northern Powerhouse 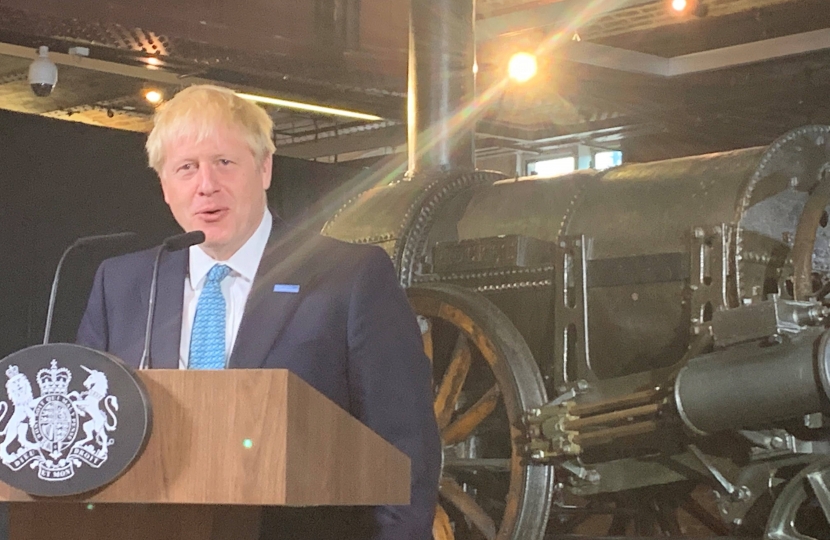 The Prime Minister’s commitment to ”injecting some pace” into Northern Powerhouse rail is great news for the North. I will do everything I can to ensure it remains a priority and promise to work closely with ministers to make sure it is delivered.

There is now a feeling of real optimism here in the North that we can start to reverse the decline in some of our northern cities and towns and provide the jobs and future that our young people deserve. It is absolutely fantastic that Mr Johnson chose to come to the North, within days of taking office, to declare his commitment to improving rail and bus transport, broadband connectivity, local accountability through directly elected mayors and the prospects of the millions of people who choose to live in our smaller towns, coastal and rural areas. This is something I have been campaigning hard for and it is clear that the new Prime Minister means business.

In his speech Mr Johnson said that he wanted to be the Prime Minister who “does what we did for Crossrail in the South through Northern Powerhouse rail” and he said that his commitment to fund the Leeds to Manchester route was just the beginning of his commitments to Northern Powerhouse rail which would  “unlock jobs and boost growth.” More details of the £39 billion scheme, from Liverpool to Hull and Sheffield to Newcastle connecting the towns en route, are expected in the Autumn.

I also welcomed other key pledges made by the new Prime Minister, which include a £3.6 billion town fund to support 100 towns for better transport, broadband connectivity, parks, libraries and the arts; the creation of free ports, with tax free regimes, which would create thousands of highly skilled jobs to re-vitalise some of the poorest coastal areas; and the promise to transform local bus services with higher frequency and lower emission buses through private and public partnerships. All these improvements will make a huge difference to people living and working in my constituency, especially in rural locations,  who will be able to move around the North, either for business or private reasons, much more easily and will certainly give young people the opportunity to take their skills, for example in IT, from one city to another making it much more likely that they will settle in the North.

I will be keeping up a dialogue with the Northern Powerhouse minister, Jake Berry MP, over the summer and I will pursue it again in Parliament from September when the House returns.