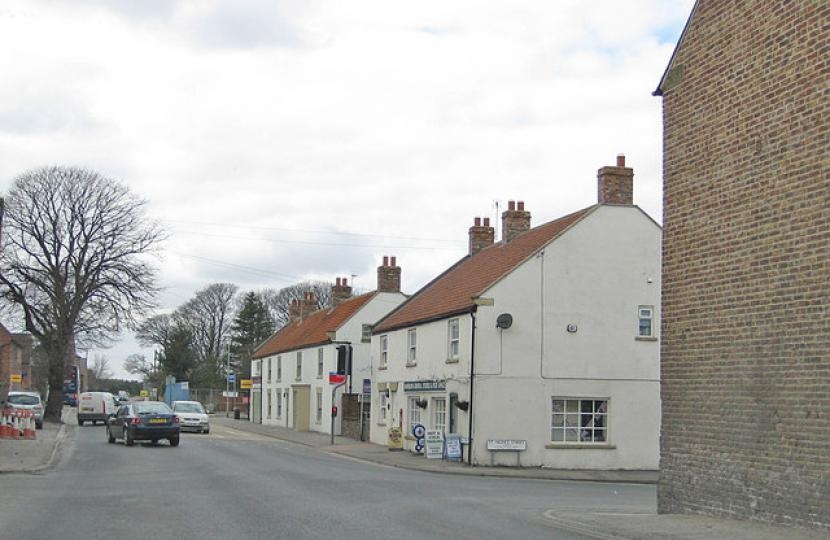 I am very pleased to hear that work to stop a repeat of the flooding at the crossroads at the centre of the village of Sherburn on the A64 is to start this coming winter. I have been keeping the pressure on Highways England to resolve the issue which has caused much inconvenience to local residents.

I’ve had another meeting with Highways England to make sure it delivers on its promise to find a solution. I am encouraged to hear that work will now start later this year, or early next at the latest and will be completed by the summer. This will also include work on the roads leading down from the Wolds which are the responsibility of North Yorkshire County Council. I understand that the delays have been caused because engineers discovered that the problem, which is caused by drainage issues on the A64 and the roads from the hills, was more serious than first thought.

Sherburn post office has been particularly badly affected when, in recent times, rain has caused the drains to backup and sometimes flood the whole road. On the very worst occasions, water has seeped inside the building every time a vehicle drives past. Highways England has cleared ditches, drains and gullies around the affected areas which helped with flood alleviation but this was not enough and a much more comprehensive solution was needed.

This is really good news. This work is part of a package of measure costing £22 million which I have been campaigning for and which includes improvements to safety at Crambeck and through the village of Rillington along with the resurfacing of footpaths and cycleways on the A64.