Huge opportunities ahead in our new post-crisis world 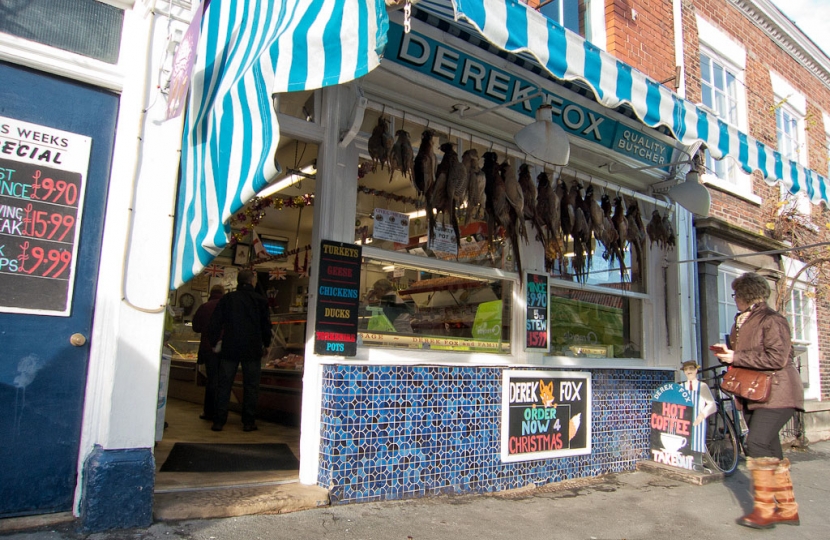 “It's only when the tide goes out that you learn who has been swimming naked.” Warren Buffett, of course. I was invited to write this piece as an MP, but I also add the perspective of someone who has started and built a business over twenty-eight years. This is the third recession our business has experienced and possibly the first time we’ve been sporting a decent swimming costume. On both previous occasions, we’ve emerged as a better business and I expect to do the same this time, however, we have never been the same business.

Despite the slew of support, brilliantly devised and delivered by our Chancellor, Rishi Sunak, the reality is that some businesses will not survive this crisis. Some have been sailing too close to the wind, some don’t have a business that is good enough even in the good times, some will fail because the economic environment has changed forever. In a competitive market, capitalism is a perpetual state of creative destruction. This is largely what drives consumer prices down and service up, as new entrants and existing players work out how to operate more efficiently and effectively. Those same consumers are driving other trends – the biggest issue for physical retailers is not business rates, as some would argue, but the move from buying in store to shopping online. The customer is king and we should not try and tell them how or where to shop or, indeed, where to work.

If I owned a business that relied on customers working in city centre offices, I would also be worried. The gradual move to a more distributed working environment has undergone a considerable acceleration due to Covid. I think it is highly unlikely that there will be a major reversal of this ultimately natural progression. A recent report by the surveyors’ trade body, the RICS, said that 93% of business would scale back their office space in the next two years. Covid plus the clear overcapacity in the food sectors, from food delivery as well as the huge proliferation of restaurant seats, has led to a perfect storm for city centre food outlets.

‘It’s an ill wind that blows nobody any good’ and there will be balancing opportunities elsewhere. Our town centres and local shops and high streets will see a boost from more people working, shopping and eating out close to home. Clear strategic thinking by those responsible for our town centres is critical. Malton, the Food Capital of Yorkshire, is a great example of this, a hugely successful initiative that was delivered by a landlord, business and community partnership. Central government business rates reform is also very important to make sure we have a fair and level playing field between online and physical retailers. I know this will be controversial, but I favour an increase in VAT rather than an online sales tax together with the complete scrapping of business rates. The lines between online and physical sales are much too blurred to effectively separate one type of sale from another and will just lead to an ever more complex tax system. Rates reform must work for all premises, or we will not tackle other rates issues - pubs and restaurants for example, and an end to the fiendishly complex business rates valuation system. As Regan said, “there are easy solutions, but there are no easy solutions”.

I have long campaigned for a fairer deal for the North, now fashionably described as ‘levelling up’. It is excellent that we are scrapping HM Treasury’s Green Book which has skewed the investment case in favour of London and the SE for generations and has led to the disgraceful and iniquitous 3:1 per capita spend ratio. However, as Mark Littlewood, head of the Institute of Economic Affairs points out, if this was just about being better connected, why is Doncaster not more prosperous? Levelling up the North East to the prosperity levels of the South East is a monumental task, almost on the scale of that of the unification of East and West Germany, which took three decades and $2 trillion.

There are clear lessons to learn from Germany’s success. As well as three decades of infrastructure investment and relocating government departments from London to the North, reforms are also needed to incentivise private sector investment in our northern towns. Governments are relatively good at delivering infrastructure, but notoriously bad at picking business winners. The Treasury has a good template for this in the form of Enterprise Zones, which offer simplified planning rules and business rate and capital allowance tax breaks for businesses who start up or relocate in these locations. These tend to be confined to specific business parks. Roll these out to whole towns or even to devolved regions, such as the Tees Valley, led by its excellent Mayor, Ben Houchen, and we will encourage businesses to establish bases in areas desperately in need of an economic boost. Opportunities for areas long left behind can be a positive lasting legacy of the Covid crisis.