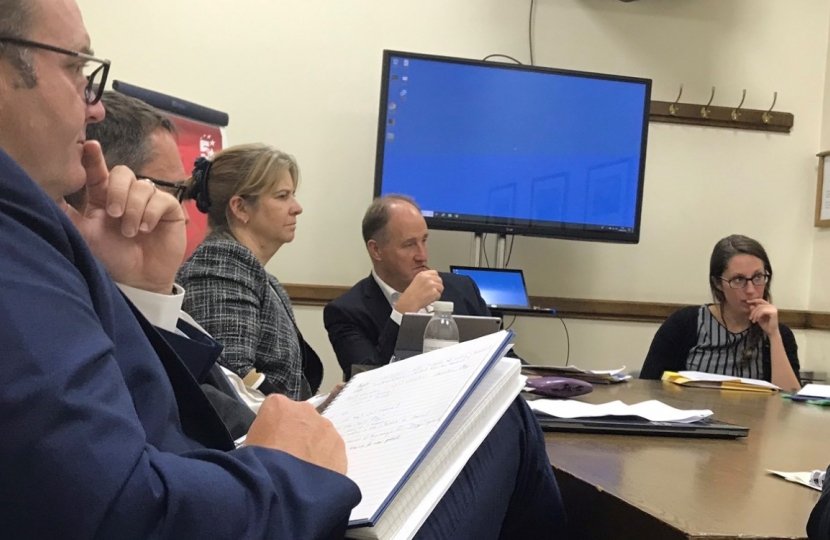 Efforts to tackle antimicrobial resistance (AMR) are making great progress, according to the medical specialists at a parliamentary roundtable which I chaired this week.

I met with an expert forum of clinicians, stakeholders, and policy makers, including Angela Douglas MBE from NHS England, Tracy Parker from the Department of Health and Social Care, and Professor Martin Llewelyn from the Royal College of Physicians to discuss the implementation of the UK government’s Five Year National Action Plan to reduce AMR by 2024. The plan sets out Britain’s vision for a world in which AMR is contained and controlled by 2040.

Antimicrobial resistance is a global public health issue, which arises when superbugs evolve more quickly than medicines are produced to prevent them. According to 2016 research led by Lord Jim O’Neill, AMR is responsible for 700,000 deaths globally per annum and 12,000 in the UK alone.

At the meeting, I was told about the establishment of a new AMR Diagnostics Partnership Board by NHS England which will begin its work in October. The Board will ensure that developments in the government’s AMR policy draw on the latest innovations in diagnostic research across the country.

I congratulated them on the progress they had made so far and suggested that the experts consider some specific targets for the future. We discussed various methods of raising awareness about the issue of AMR, including improving education about infectious disease in schools and increasing funding for clinical tests.

At the close of the session, Ms Parker commented on the success of the government’s AMR strategy. She said, “I’ve worked in AMR for seven years and we’ve always had a similar set of challenges. However, I do feel that we’ve now got a long-term plan in place with resources to help and so I’m hopeful that we can finally make progress.”

I’ve became passionate about the issue of AMR shortly after I became an MP in 2015. I have since been working closely with Antibiotic Research UK, and have met with Health Secretary, Matt Hancock, in 2019 and the former Prime Minister, David Cameron, in order to support efforts to raise funds to tackle the superbugs.

This is a huge problem that will reportedly kill 10 million people a year by 2050 if action is not taken now. It’s a global threat which should be much higher on everyone’s agenda and it’s something I will continue to fight for at all levels of government.