Investment spending in the North should be a priority 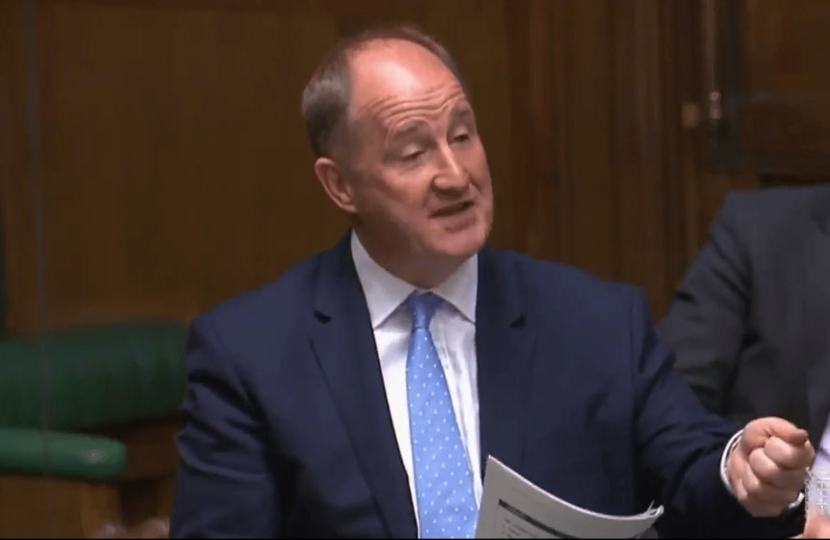 Today I appealed to the Chancellor, Philip Hammond MP, to focus on Northern infrastructure spending by committing £120bn over 30 years to include strategic transport schemes as well as local transport investment. I took the opportunity during Treasury Questions to ask Mr Hammond to consider the letter that I and 80 parliamentarians had sent him in April asking him to set aside the funds and bring forward the much needed Northern Powerhouse rail.

In response Mr Hammond assured me that “This government is committed to investing in promoting the capacity of the UK economy because this is the only way to raise real wages and living standards”. He said that, as Chancellor over the last four years, “He had moved the balance of spending towards investment in economic infrastructure so that we now have the highest level of public capital investment for 40 years. We have a National Infrastructure Commission in place to set long-term guidance for the government about how to do infrastructure investment and this will be looked at in the zero based capital spending review alongside the spending review.”

I am joint Chair of the Northern Powerhouse All-Party Parliamentary Group which is made up of Conservative and Labour MPs, Peers and business and civic leaders and I firmly believe that this essential investment in northern transport could create 850,000 jobs and result in a total of £100bn in economic growth which would make a huge contribution to the UK economy. Together northern MPs and Peers have been campaigning hard for faster journey times, enhanced capacity and greater frequency of trains because we believe that Northern Powerhouse Rail (NPR) would provide opportunities for thousands of people, especially the young, to secure the skilled jobs needed to drive productivity and link up our great cities which would stimulate economic growth and transform the North.