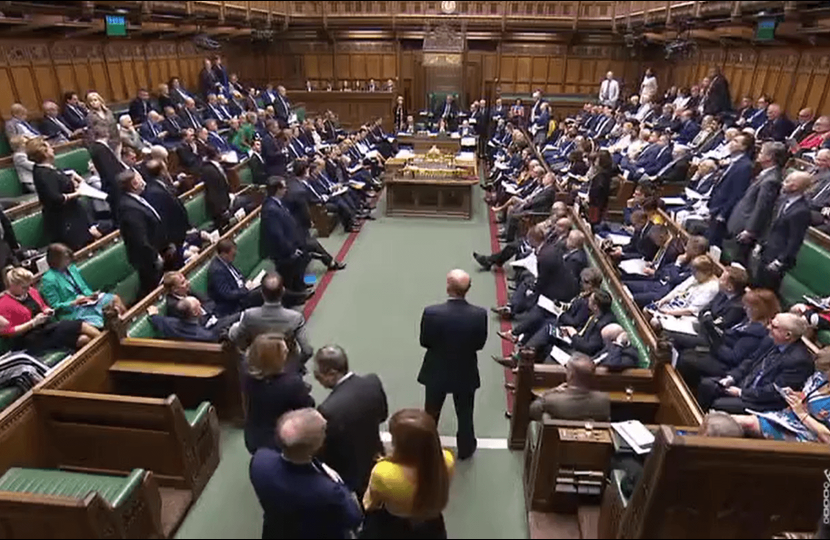 It is a peculiar time, to say the least, in Westminster.

Business in the chamber is very light, although the Prime Minister has recently made some very important announcements on our ambition for the UK to become carbon net zero by 2050 (the first OECD nation to make that commitment) and will shortly make a commitment to significantly increase spending on schools. It is highly unlikely that her successor will reverse these pledges.

What business is going through the House is very exposed to amendments by the Opposition and Conservative MPs with concerns about Brexit. This week’s amendment tabled by Dominic Grieve, which will make it more difficult for our new leader to avoid parliamentary scrutiny by proroguing Parliament, was successful by one vote. The new Prime Minister will have to cope with these same challenges, which makes the prospects of no deal highly unlikely, in my view. This certainly damages our negotiating position with the EU, which have to be completed in frighteningly short order if we are to leave by the October 31st deadline. This means that any deal is likely to be very similar to the one already rejected by Parliament.

I believe that Boris is the person most likely to be able to persuade our hard-line Brexiteers (the self-styled Spartans) to vote this through, which is why I have decided to vote for him. Increasingly, Labour MPs who do not want a second referendum are sounding more willing to vote for a deal and I still think that this is the most likely outcome. Should this not prove the case and assuming our Speaker and the House conspired to block no deal, the new PM will have little alternative than to call a general election, or possibly agree to a second referendum. We may win a general election, but we may not. A Labour-led coalition would see Jeremy Corbyn in No.10 Downing Street and the conditions of such an alliance would inevitably be a second referendum, votes at sixteen, proportional representation and a referendum in Scotland. Catastrophe for the United Kingdom and an existential crisis for our great party. Let’s hope my colleagues see sense.

I am keeping extremely busy, nonetheless, and it certainly takes my mind off things. We are making progress in our battles with the banks, I have recently spoken in debates on climate change and social care, I have organised eighty parliamentarians to co-sign my letters to the Secretary of State for a Shared Rural Network to improve mobile phone connectivity and a similar number to the Chancellor to support Northern Powerhouse Rail, Roads and, of course the A64. On the latter, we are fighting a battle royal with Highways England, who are backtracking on their pledge to dual it. I am grateful to my fellow North Yorkshire MPs and the A64 Growth Partnership, which includes Keane Duncan, as Leader of Ryedale District Council, for their strong support.

Budget boosts business and the North

Today’s three-part Spring Budget will support people and businesses in Thirsk and Malton through a moment of deep crisis, will begin to fix the public finances with a fair and honest plan and will support the work of building the UK economy whilst levelling up across all the regions.