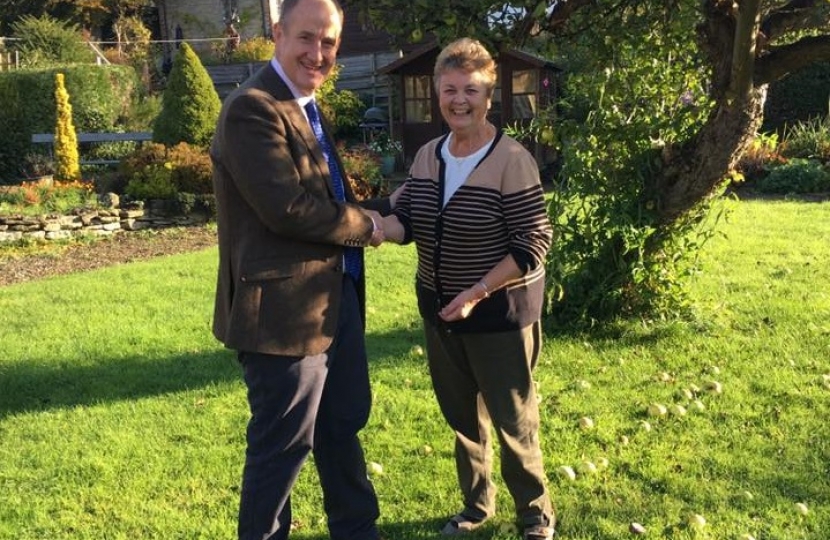 Kevin Hollinrake meets Valerie Brewster from Ebberston ahead of World Polio Day. Ms Brewster contracted polio aged eight during an epidemic in Leeds in 1952, and is the new face of a campaign calling on the UK Government to deliver on its commitments to fight polio and work to eradicate the disease globally

She is urging the public to put pressure on the Government to help rid the world of the virus before the next UK General Election in 2020, in the hope that other children will never have to suffer as she did.  Kevin Hollinrake said he is delighted to support the campaign to eradicate the disease. He said that after centuries of suffering caused by poliovirus, its end is in sight.

There is a genuine opportunity for us to eradicate polio – and we need leaders to back the efforts of the millions of volunteers and health workers around the world who are working in extremely challenging conditions to end the disease. They must support these workers in giving one last push.