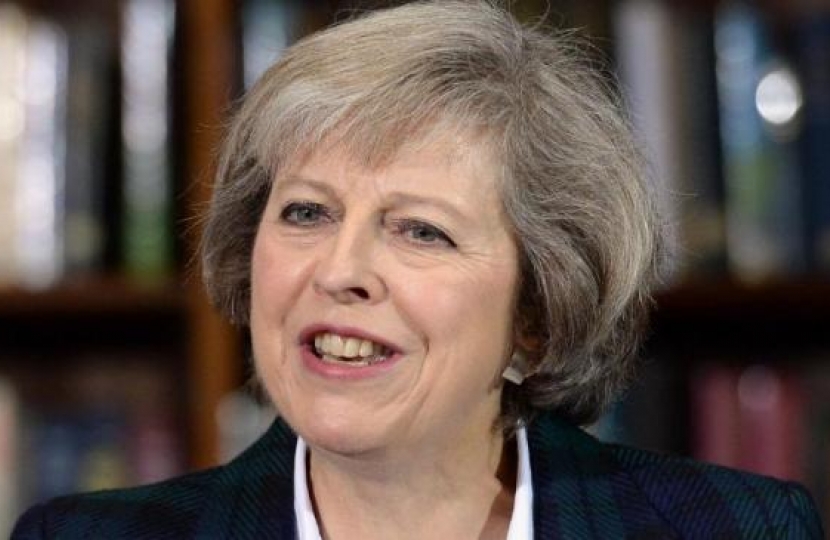 We have an important decision to make in what is a historic time and one of monumental importance for the future of our country - we must elect a new leader of the party and a new Prime Minister. The job ahead for this person will be to navigate a clear path through the negotiations and challenges of leaving the European Union. The direction must be clear, the objectives achievable, the change must be beneficial for all sectors of the country from businesses to households and the eventual outcome must bring a new, positive and productive era. The qualifications for such a role are solid political experience, the respect of their peers and the people they represent, the courage of their convictions and the determination to succeed. Above all, they must also be relied upon to put the interests of the nation before themselves. I believe Theresa May is absolutely the right candidate.

Theresa May was first elected to Parliament in 1997. She has been Home Secretary since 2010. I believe her track record demonstrates her commitment to serving the people of this country and shows she will work hard in what will undeniably be a particularly difficult job in the years ahead. She is the safe pair of hands we need into which we place our country at this moment. Vitally, I believe she has the respect of the country, Westminster and Europe.

In a time of change there comes the opportunity to reform and improve. Managing change needs wisdom and courage. My experience in Parliament this last year and my belief in what this country is, and is capable of, leads me believe that Theresa is a good choice to lead the Conservative Party at this time.

The good news is that, according to a recent poll of members, they agree that this is the right choice. Of the 153 responses received so far, 69% favour Theresa.

You may be interested to know that I made my decision to back Theresa as soon as the Prime Minister regrettably decided to step down and well before the incredible events of the last few days. Whoever is chosen, I will do everything I can to support the next Prime Minister and help the country get through these challenging times.