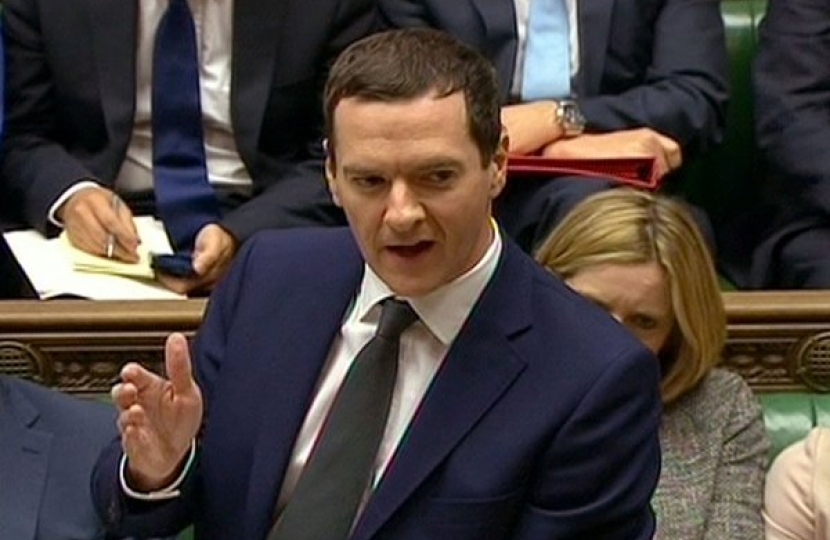 Kevin Hollinrake is delighted that Mr Osborne has announced that he is to scrap planned cuts to tax credits altogether, rather than ease their impact. This means that millions of low paid workers will now not have their benefits cut in April as Mr Osborne had originally planned. The Chancellor said that he had ‘listened’ to calls ( including representations from Mr Hollinrake) for the cuts to be phased in after his plans were thrown out by the House of Lords. However thanks to improvements in public finances, he decided the ‘simplest thing to do’ was to avoid them altogether.

Mr Hollinrake also shares the Chancellor’s views that ‘solving the housing crisis’ is a top priority. He is delighted that Mr Osborne announced a doubling of the housing budget to build 400,000 new homes by 2020 which would be affordable to buy not just rent.

He said that the Autumn statement included good news for the police with no cuts in police budgets, for pensioners with a rise in the basic pension by £3.25 per week and for patients with a £10billion pound boost for the NHS and for local authorities who have been given powers to set their own business rates and raise their own social care funds. The Chancellor also showed a commitment to farming and the countryside by protecting funding for national parks and forests.

Mr Hollinrake congratulated the Chancellor on his excellent Autumn Statement which also included reassurances that the £12billion in targeted welfare savings would be delivered in full and that savings in other areas would mean that the economy would still produce a surplus by 2019 /2020.