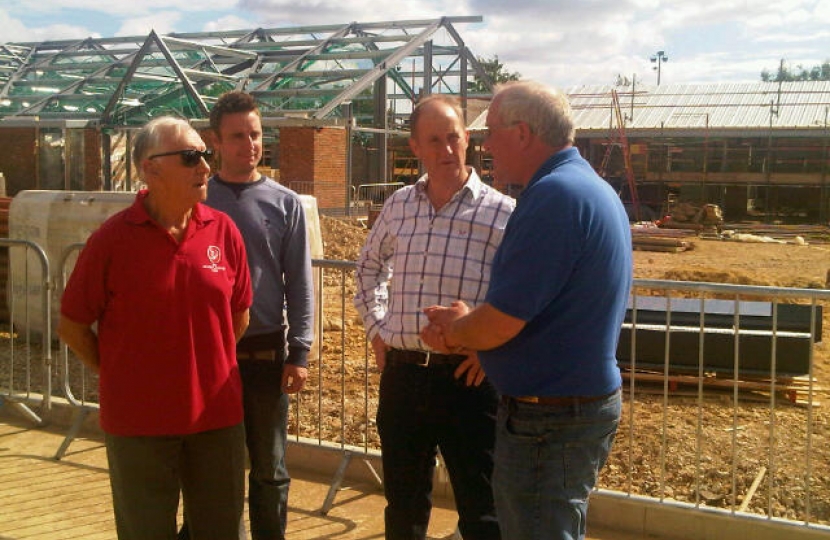 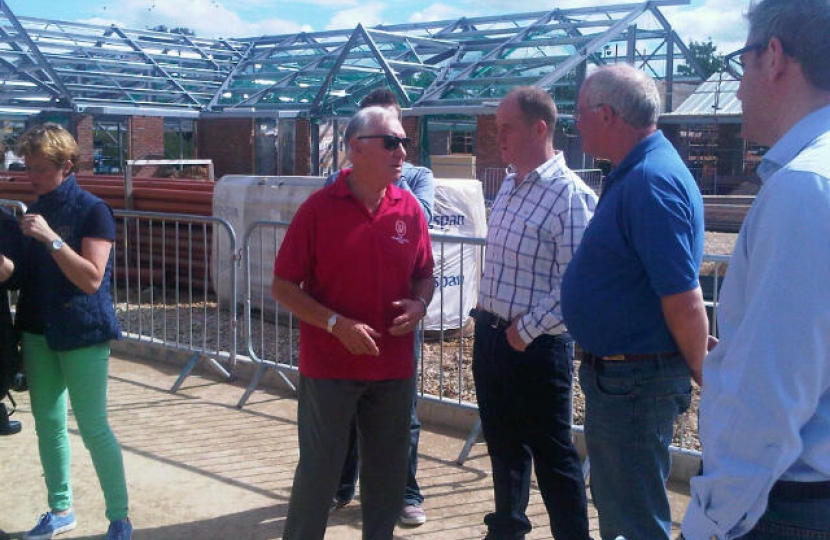 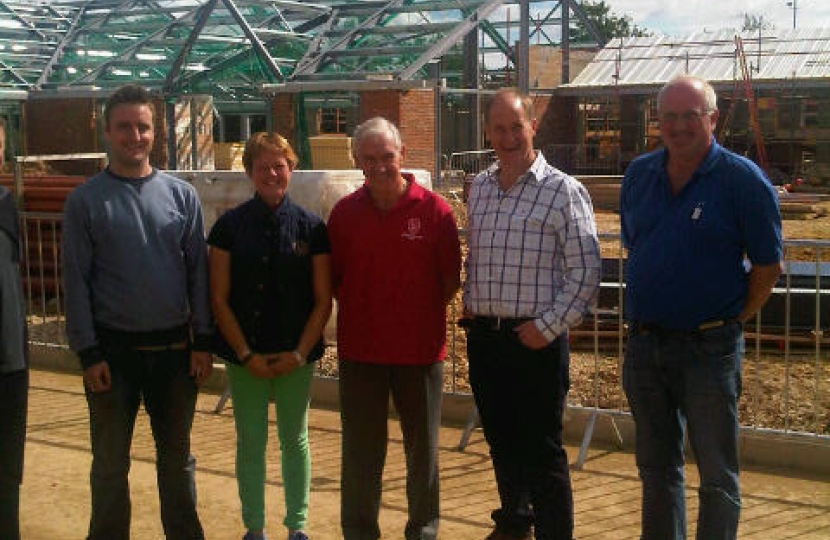 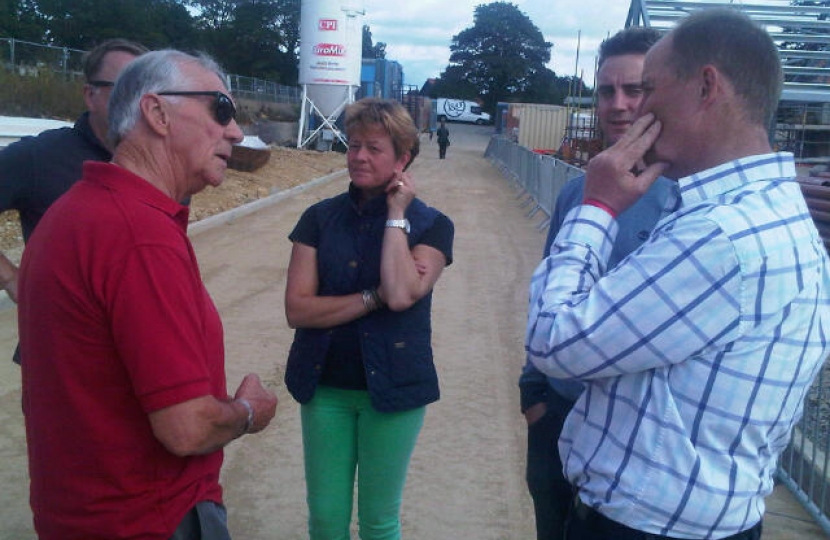 Kevin Hollinrake was delighted to attend the Malton Racing Stables Open Day yesterday. His visited started at Norton Grange home and training establishment of local Trainer and Chairman of the Malton Racing Association, Tim FitzGerald. Kevin toured the yard, home of former Gold Cup winner Forgive'n'Forget and met with Kevin Atkinson and Pam Hollingworth who run the non-profit organisation "New Beginnings" based nearby at Hanging Grimston. They explained how they work with ex-racehorses such as Monet's Garden and Mr McGoldrick to build their confidence and enable them to move in to new disciplines ie dressage or jumping and to be suitably and successfully re homed.

Kevin then moved on to Old Malton to visit "Jack Berry House". Here Tim introduced him to Jack Berry, Vice President of the Injured Jockeys Fund and several members of the professional team involved in this amazing project.

Permission was granted by Ryedale District Council in March 2013 for the erection of this rehab centre for injured jockeys - the second one in the UK, the first being Oaksey House in Lambourn, Berkshire. The centre will include respite accommodation, a fitness centre, hydrotherapy pool, amenity areas, car parking, landscaping and a three bedroom site manager's house. The land was purchased from the Fitzwilliam Trust and the project is set to cost in the region of £3m all of which has been privately sourced. The centre is due to be opened in February 2015.

Suitably impressed by the scale of this worthwhile project Kevin thanked the team for their time and wished them well as they move towards completion. He will be back to visit next year!