Leaving the EU with a deal on October 31st 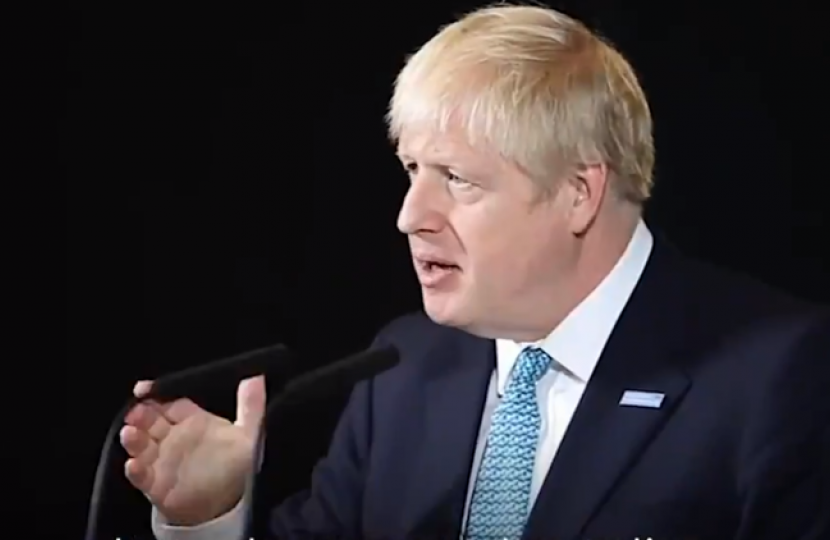 I have been absolutely clear throughout the Brexit process that we should respect the referendum decision but that it is better for businesses and jobs if we agree a deal with the EU. Like most MPs, I do not want a no deal outcome and neither does the Prime Minister. Indeed, the Vote Leave referendum manifesto clearly stated that there is a “European Free Trade Zone which reaches from Iceland to Russian border and we will be part of it”. However, you cannot simply wish for something to be, you have to take the steps necessary to deliver the outcome you desire. It seems clear that the EU has started to move its position with the German Chancellor, Angela Merkel recently intimating that the most controversial element of the Withdrawal Agreement, the backstop, could be amended or replaced by another solution by stating if we could “find one in the next 30 days, why not?”.

There is a ready-made replacement for the backstop that the Prime Minister has referred to on a number of occasions. This is concisely explained here  by one of its authors, Greg Hands MP, that at its heart consists of a list of obligations, overseen by an independent arbitration panel, that the UK must satisfy to ensure that the backstop would not be triggered.

Whether this is the agreed solution or not, with negotiations at such a delicate stage, we have to unite, stay strong and hold our nerve, which means we must leave the no deal option on the table. The sensible way forward is for the EU and UK to strike a reasonable compromise and for MPs on either side of the House to vote for it so we can all move on. The PM and his team will be working hard to reach agreement with the EU and to find a new solution which I will support as leaving with a proper arrangement is place is by far the best outcome for all. Opposition MPs will also need to support it if they are serious about wanting to avoid no deal.

It is true that prorogation does shorten by around six days the time available for Parliament to debate Brexit or to attempt to further extend Article 50 and some have described this as undemocratic. However, the only realistic way for Parliament to express its dissatisfaction with the Government is by means of a vote of no confidence. There is ample time for this to take place before prorogation on September 10th or after Parliament resumes on October 14th. I very much hope that those who propose this route are not successful, but it is a significant risk with potentially catastrophic consequences.

We are going through unprecedented and extremely challenging times with the disagreements over how to leave the EU dominating our agenda for the past three years. This means that the many other important issues, such as education, the NHS, knife crime and investment in infrastructure have been forced into second place. The current session of Parliament (since the last Queen’s speech) has lasted more than 340 days with relatively few Bills being introduced into the House because of the time spent on Brexit legislation. The new Prime Minister has made it clear that this cannot and must not go on. This is why he wants to set out a new ambitious vision in the next Queen’s speech, which is scheduled for Monday October 14. This will include a Withdrawal Agreement Bill, if agreement is reached with the EU, which should complete its passage before October 31st.

I do understand that these are very worrying and frustrating times. But it has never been more important, for the good of the whole country, for us all to pull together to find a way of leaving the EU with a deal on October 31st and, in so doing, honouring the result of the referendum.