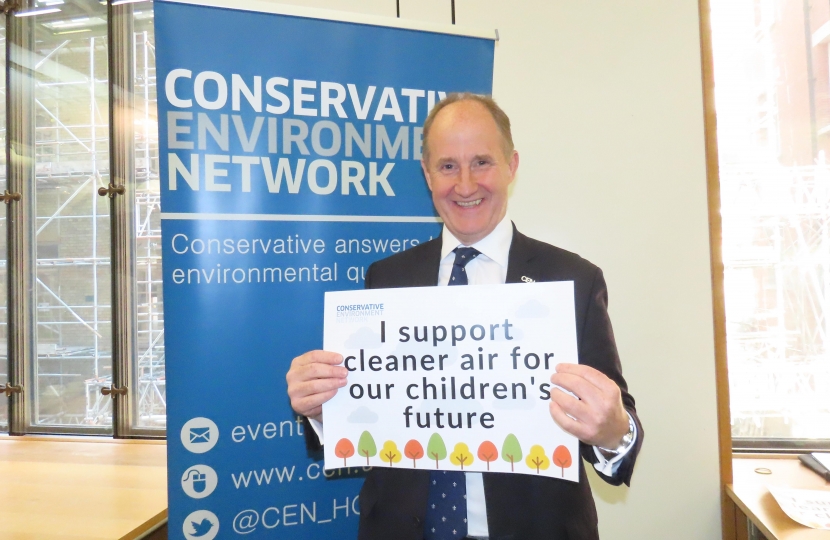 I am delighted the Prime Minister has introduced legislation to reduce the UK’s greenhouse gas emissions to net zero by 2050. The UK was the first country to implement legally binding emission reduction targets in the Climate Change Act 2008, and this legislation makes the UK the first leading economy to implement net zero as well.

As a member of the Conservative Environment Network (CEN) Caucus, which has consistently pushed for a net zero commitment from the Government I was a sponsor of fellow MP Alex Chalk’s private members bill that first proposed legislation for this goal.

This is brilliant news. This legislation will safeguard our natural environment, improve public health, air quality and biodiversity, and promote clean-tech jobs. I share the concerns of my constituents, young and old, who are worried about the consequences of climate change, and agree that it is one of the world’s greatest challenges. We need ambitious plans to tackle it and this new legislation has shown that this Government is committed to doing exactly that. By enshrining this target into law, the Prime Minister has shown that UK can and will meet the challenges of climate change and be one of the first countries in the world to commit to play our part to limit global warming to 1.5°C.

There is still much to do. It is important that we have the right policies in place to meet the target to end our contribution to climate change by 2050. Implementing a net zero emissions target means that electricity, transport and heating will need to use alternative energy sources to fossil fuels to decarbonise. However, in some industries like aviation and shipping, some emissions will remain. Therefore, increased tree planting and carbon capture technologies will be used to remove these emissions from the atmosphere - thus leading to net zero. I have also called for a large scale roll-out of solar on every public sector school, hospital and prison.

UK targets will now be brought in line with the Paris Agreement by adopting the advice published by the independent Committee on Climate Change (CCC) in May. The CCC, which was set up by the government to consider its expert advice, recommends a transition to a zero-carbon economy if the UK is to avoid 1.5°C warming and the worst effects of climate change.