Let us all unite behind our new PM 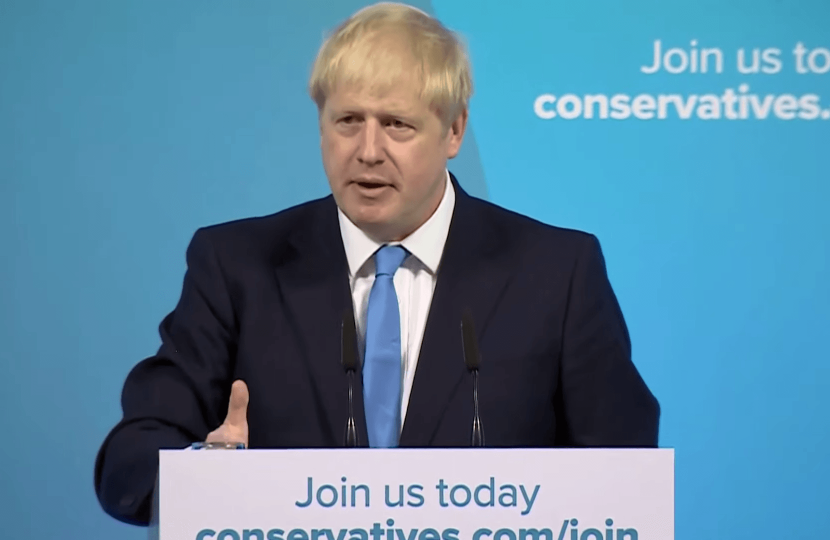 Today we will have a new Prime Minister. Boris Johnson’s victory, by two to one, came as no surprise to anyone. I voted for him because I believe we need a Brexiteer, someone who has always believed in leaving the EU, to lead and negotiate the next stage of our departure.

At Westminster today, amongst many of my colleagues, there is a new surge of hope that we will find a way out of this impasse. I certainly hope so. However, we mustn’t fool ourselves that it is going to be easy. The basic facts haven’t changed. We still have a wafer thin majority (currently three), there’s still no consensus in Parliament about how to proceed, opposition parties are still making the most of our disarray and a majority of MPs still remain opposed to the ‘no deal’ that the new PM is not ruling out.

On this latter point I have always been clear. I want to leave with a deal which I think would be better for business and jobs. However, we need to leave this option from a negotiating perspective firmly on the table so the EU knows we mean business. I hope it won’t come to this, as do most of my colleagues, but without it our negotiating position is much weaker. If we keep strong we will get some concessions from the EU and we should be able to make sure that every Tory MP votes for the new deal. This, in turn, should bring the DUP and some Labour MPs, particularly those living in Brexit constituencies, on board and so Brexit can be delivered on October 31st.

So there are a lot of unknowns. But there is one thing we can be sure of. We will not secure a deal and we will not leave the EU, as I believe we must, having made the promise to the British people, unless we all pull together. Boris Johnson’s victory was convincing both in Parliament and among the membership. We need to give him time now to put his team in place, to develop his strategy, reopen negotiations with the EU and bring Parliament on side.

If we do not leave the EU on October 31st, there could be a vote of no confidence followed by a potentially catastrophic General Election in the Autumn. At that point anything could happen including our new Conservative PM handing over the keys of Number 10 to Labour’s Jeremy Corbyn, a man not fit to be Prime Minister who would imperil this country and whose economic policies would ruin this country and undo all the good that has been achieved since the days of Mrs Thatcher. Together, and this can only be done if the Conservative Party sticks together, we cannot and must not let this happen.

As we head into the summer recess I want to reflect on the tremendous service Theresa May gave this country as Prime Minister in the most difficult and challenging of times. I supported her deal three times and I wish more of my colleagues had done so but it was not to be. I think in years to come, history will be kind to her and she will be remembered for all the work she did setting us on the road to leaving the EU and for her extraordinary resilience and devotion to her country.