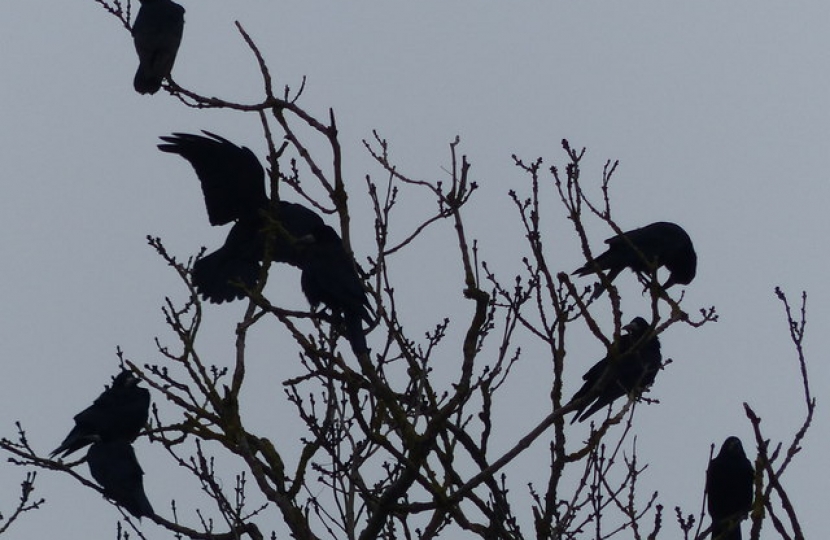 I am dismayed and disappointed that ‘pest’ bird species such as crows, woodpigeons and jays can no longer be freely killed after Natural England revoked the licence which allowed it. The action was taken after the legality of the general licence was challenged by the new environmental group, Wild Justice. The 3 general licences that cover the control of 16 wild bird species were not lawful as Natural England did not have an appropriate assessment of need to underpin them, even though they have been using them for years. A court case due to be heard shortly, brought by environmental campaigners would have found against Natural England so it decided it had no choice but to revoke the licenses. It seems clear that there has been a failure at Natural England. They should have taken remedial steps far sooner so as not to end up in this situation now and there will need to be accountability for this at the appropriate time.

I appreciate and understand the considerable disruption this action is causing the agricultural community and rural economy and the livelihoods of many. On Tuesday I met with the Minister and the Chief Executive of Natural England with other MPs to express our frustration and to find an alternative solution. Natural England is an independent body charged by statute with promoting conservation. It has to accept the legal position in this instance, but nevertheless fully recognises that this action is deeply concerning to those planning to use these licences. Natural England is therefore moving quickly to minimise short term disruption to those who have a legitimate need to lethally control wild birds.

I have been assured that Natural England is working as fast as it can to undertake licensing assessments to enable the permitting of lethal control of certain bird species in defined situations. Natural England now plans to introduce a legal system of licences to allow 16 species of birds, including rooks, magpies, Canada geese and non-native parakeets, to be controlled. In the meantime, anyone wanting to control these species must apply for an individual licence in the same way as they would if they were seeking to kill other more protected bird species. These licences should be issued from next Monday 29th April.

Natural England is working with key stakeholders (specifically bodies like BASC, Countryside Alliance, GWCT, NFU ) to draw up a list of priority birds control situations that need to be covered. In the interim, until a new general license for a particular situation has been issued, Natural England is creating a simplified “individual license/notification” system. I understand that this would involve a landowner filling in an online form, with five minutes of various tick boxes, a brief explanation of what they want to control and why. Ideally they should then receive a very quick, if not immediate, response giving them permission to keep controlling for those circumstances so for the time being. I have impressed upon Natural England the importance of putting this all in a simple guide for farmers, gamekeepers, landowners.  I have also asked for them to consider establishing a simple hotline number for people to call for advice.

I am fully aware of the implications of the withdrawal of these licences, and the concern this has caused many who rely on them to legitimately control certain wild birds and that he will do everything he can to make sure alternative arrangements are put in place. Should anyone find that their particular situation is not covered or that Natural England does not deliver on their promises, they should contact me immediately.

For more information about the new licences follow this link https://www.gov.uk/government/publications/wild-birds-licence-to-control-certain-species or contact Natural England at enquiries@naturalengland.org.uk or Tel 0300 060 3900