Listening and acting on farmers’ concerns at my latest Farmers’ Forum 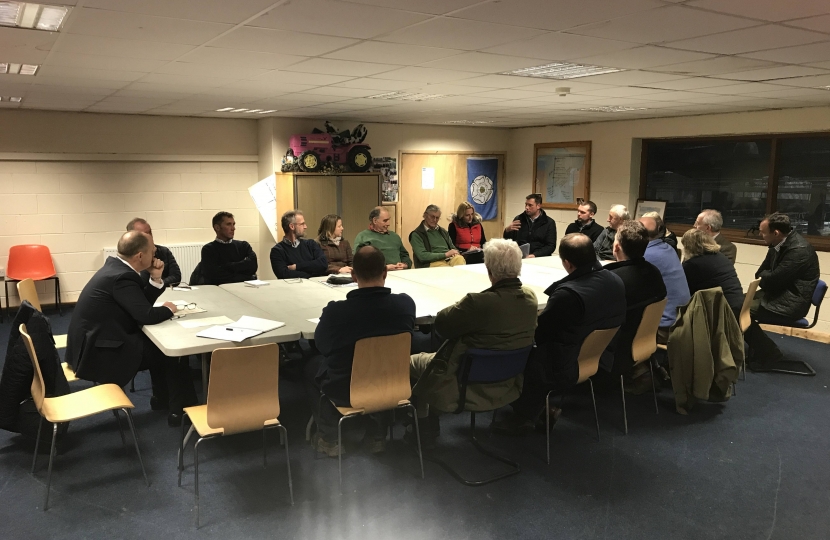 The system of direct payments and new controls on pesticides were amongst the main concerns raised at my Farmers Forum in Thirsk today. Some farmers told me that they still hadn’t received payment whilst others said there had been long delays. There was general agreement that the system, administered through the Rural Payments Agency, needs improvements. Farmers said they were concerned about the future system of payments and how it might evolve in the short, medium and longer term. I promised to take the matter up with ministers because it is imperative that farmers receive a decent level of support to continue the fantastic work they do producing high quality foodstuffs and maintaining the countryside including the hedges and dry-stone walls which we all enjoy. The issue of regulations of pesticides, such as recent ban on neonicotinoids was also a matter of concern for farmers. They made the point that future decisions on pesticides should strike the right balance between environmental obligations and the needs of the agriculture sector. They stressed that important decisions such as which agrochemicals can and cannot be used and which could affect future agriculture production should be based on science and not on politics – another message which I have pledged to take to the Environment Secretary.