A middle way is the only way forward 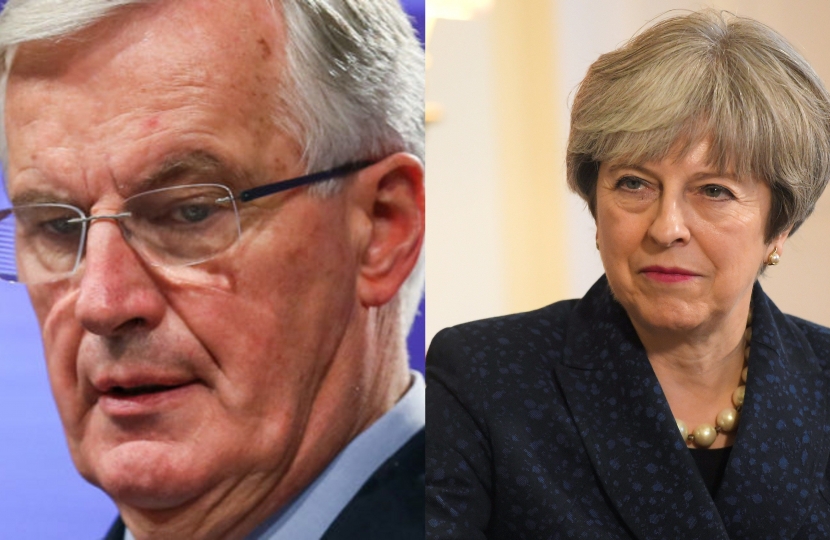 Over the past couple of months three stories have dominated the headlines. They are England’s success in reaching the semi-finals of the World, our best performance in 28 years; the extraordinary story of the rescue of 12 boys and their football coach from near death from caves in Thailand and the Prime Minister’s struggle to agree a Brexit negotiating position with her Cabinet and her Parliamentary Party. Of course, these are three totally different events but they are all about finding a way to work together to achieve what, on the face of it, might seem the impossible. In the first two instances unity, trust and sheer belief in a shared aim between all the key players prevailed but, sadly, where Brexit is concerned discord, distrust and dogma has destabilised the whole process.

My fear, above all else, is that if we do not find common ground, as I believe the Government has sought to do in its recent White Paper, we might lose it all; even Brexit itself. Division within our party could lead to a change of Government or another referendum, which no one wants and could never give a result we could all agree upon. What’s more, instead of being the great country we are with a great future ahead, we would be the laughing stock of Europe.

There are certain factors we cannot alter. First, the parliamentary arithmetic in the Commons and the Lords does not add up to a convincing majority on one side or another; we need frictionless trade across borders to support our business and jobs which rely on a supply chain of goods and services from across Europe and we cannot reintroduce a hard border between Northern Ireland and the Republic. Those are the facts and any solution has to accommodate them.

Let us look at what Mrs May promised us. She said in her speeches in Lancaster House, Florence, Munich and the Mansion House that we would:

I believe that the Chequers White Paper does meet these very significant challenges. Crucially, it means that all future decisions on our relationship with the EU are made by the politicians that you elect.

I have listed the more detailed elements of the proposed agreement below and some possible questions and answers you might have. As always, I am very keen to hear your views and points or questions I may not have covered, or indeed, considered.

This is why we need a deal, even if the deal is not perfect and even if it does not suit us all. I represent a constituency whose vote in the Referendum was in line with the national results – that is to say 52% in favour of leaving with 48% against. There are strong feelings on both sides as I know very well from my post bag. I have made no secret of the fact that I was a Remainer before the Referendum but support Brexit now because I believe, above all else, in democracy. It is my job to represent your interests as best I can at Westminster by weighing up all the facts before making a decision and knowing that, in this instance, I certainly can’t please you all. This is why I have supported the Prime Minister’s declaration that ‘ Brexit means Brexit’ and I support the White Paper , which delivers the five key commitments. But, taking into account the parliamentary arithmetic, the number of resignations at both Cabinet and ministerial level, the fact that the Government was propped up in a crucial vote by four labour MPs with the threat of a vote of no confidence hanging heavily in the air, with all that that entails, and taking into account negotiating time with the EU is running out, I truly believe that the only way forward is to take the middle ground.

I shall continue to support the Prime Minister and her White Paper and hope that you will too.

Q. Why can’t we simply cut all ties and leave without a deal?

A. Mrs May has had to deal with a number of factors which has made the task even more complicated. First, whilst the country voted to leave the EU by a small margin, a much larger majority (70%) of MPs voted to remain. Most of them have accepted that democracy must prevail but many have been vocal in their support of a ‘soft Brexit’ by keeping close ties with the EU. What’s more the EU has taken advantage of her small majority in the House of Commons by making negotiations as difficult as possible in the hope that Parliament would not accept it and that Brexit would fail, whilst at the same time deterring other countries from following suit.

Q. Doesn’t the deal mean we can’t do meaningful free trade deals with other countries?

A. The Chequers agreement provides a commitment for the UK to maintain a ‘Common Rule Book’ on industrial goods and agricultural products so that we have a free trade area with the EU, but it will be Parliament that has a final say on any new rules or regulations. These rules have been relatively stable since the 1980s and the Government has always been clear that UK standards should be as high, if not higher, than those of the EU and so I believe that having a common rule book as a minimum is a reasonable proposal. Many UK businesses will continue to meet EU standards anyway. Firms which want to continue trading with the single market will continue to meet these standards in any event; making this commitment will allow the creation of a free trade area that is good for business.

As Michael Gove said during the referendum campaign “It’s striking how successful countries outside the EU have been at negotiating trade deals. Switzerland has opened markets of $40 trillion.” As you know, the Swiss also mirror EU regulations.

Q. Won’t the Common Rule Book effectively prevent us from setting our own rules?

A. Parliament will have sovereign control over future rules and regulations. Parliament will be free to accept or reject any new rules, in the knowledge that if the UK decided to take a different approach, there may be proportionate consequences for our market access. When the Government is deciding whether a rule is in scope of the agreement or not, Parliament will be able to provide a clear opinion and express its view. This will help ensure that Parliament is an active player and can shape the discussion from an early stage in the process. As the Attorney General, Geoffrey Cox QC MP has made clear, there is a fundamental difference between allowing the EU institutions to make laws in and for this country without the specific assent of Parliament and a system of international arbitration that is binding only in international law. The proposals made by the Chequers agreement will exclude the former for ever. The latter is common to many international free trade treaties, which allow for international adjudication of disputes. These arrangements differ fundamentally from those of membership of the EU.

Q. Won’t we be faced with a stream of new legislation from the EU that we constantly have to adopt?

A. The EU’s acquis on goods is stable. It has been formed through 40 years of UK membership and influence, has not changed substantially since 1987, and is in any case anchored to the realities of international trading standards in our increasingly globalised world economy.

Q. Wouldn’t we be better off on World Trade Organisation rules?

A. WTO rules govern things like tariffs and quotas. But, I think this would prove a lot harder than we think. I think it is absolutely right that we step up preparations for this but it is not a good option. There would be serious implications for all of us and, in particular, for businesses who currently rely on the EU for its supply chain. We have been in the EU for 45 years and there are systems in place which means lorries can come and go through our ports with no delays. Leaving the EU with no deal would mean that there would have to be customs checks and tariffs which would cost billions of pounds and cause huge delays in production, which would have a knock-on effect on jobs and to our economy as a whole.