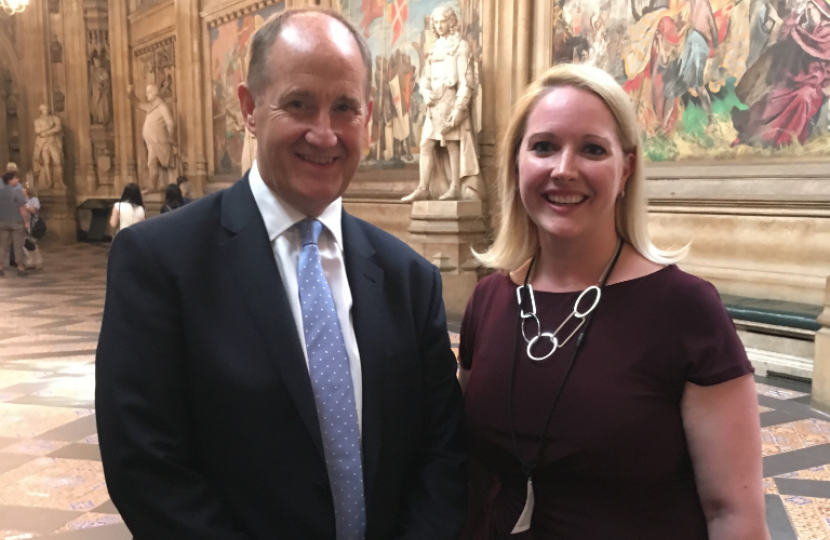 A universal thorough 6-8 week post-natal check for new mothers is to form part of an updated contract for GPs, following a campaign I ran with a Malton mother.

I took up the issue following representations from Libby Binks from Malton who told me that the current six week check-up, alongside her new baby’s examination was too rushed. Libby said that during her check-up consideration was not given to her wellbeing, despite the fact that she was clearly in distress and had post-natal depression. Later she had filled in a questionnaire with a health visitor which clearly showed she was suffering from depression although nothing was done until her child’s first birthday.

I raised the issue in debates and with ministers on a number of occasions. It’s only natural that attention is focussed on a new baby to ensure that it is healthy and developing normally. However, it’s also important to make sure that the mother is well both physically and mentally and very often there isn’t time to do this properly. I am pleased that the new GP contracts will include a thorough check-up for mothers too.

At the moment the maternal six week check is currently not included in the GP contract whilst baby checks are. Under the new contracts the six week postnatal check will be funded and added to the GP contract for 2020- 2021 so that every new mother gets a dedicated appointment including a supportive discussion about her mental health. According to recent statistics almost one in five women experience mental health problems during pregnancy or in the year after they have given birth. Recent research by NCT, the UK’s largest charity for parents, found that nearly half of new mother’s mental health problems are not picked up by health professionals. These problems contribute to inter-generation cycles of mental ill-health with the risk of depression for 16-year-olds almost five times greater if their mother has experienced depression. Perinatal mental illness costs society £8bn annually, including £1.7bn of public sector costs.

Libby Binks  added “I want to thank Mr Hollinrake for his unwavering support of me and the wider campaign. At several points I wondered if I was doing the right thing for my family by speaking out about my story, but now I strongly believe that it was the right thing to do. I am proud of the little I did to help this campaign and am so grateful to you for the major part he played in getting this through. I cannot thank him enough and I am so pleased that other mums and families will not have to suffer as I did through lack of support.”

Angela McConville, Chief Executive NCT said “It’s fantastic news that NHS England has responded to our calls for better postnatal mental health checks. This is a huge step forward and means more new mothers will be supported to talk about their mental health problems and get the help they need.”