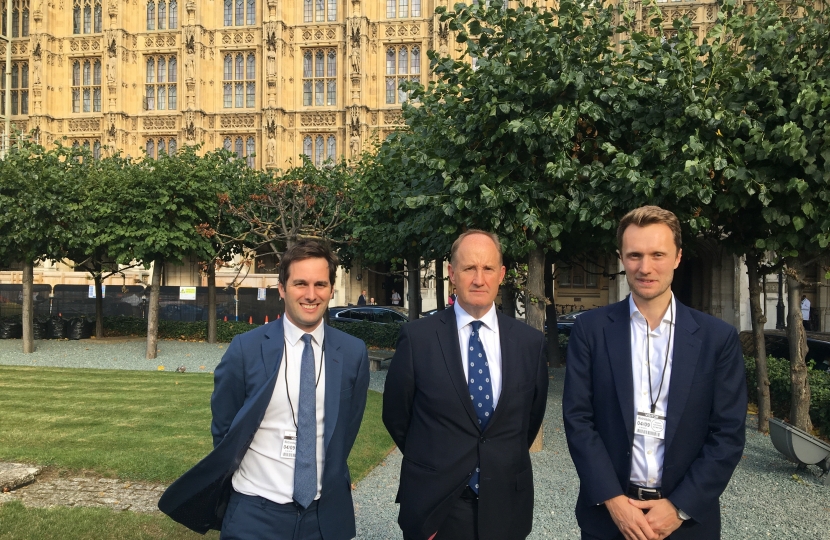 NHS England has written to all mental health trusts to ensure that they adhere to NICE guidelines on the use of risk assessment tools after I raised the issued in Parliament, following the tragic suicide of the son of a local family from Thirsk and Malton.

Andrew Bellerby was 35 when he took his own life in July 2015, after he was misdiagnosed by untrained staff using an assessment tool that was not fit for purpose. Later, after a two year battle led by his father, Richard Bellerby from Aldwark, the Sheffield Health and Social NHS Foundation Trust, admitted that there had been a simple, but fatal, series of errors during his mental assessment which had not taken into account his past behaviour.

I was very pleased that the debate was watched by Andrew’s brother and by his father via a parliamentary link. The devastating impact that this has had on his loved ones was, in all likelihood, totally needless. According to an expert witness who represented the Bellerby family, on a balance of probabilities, Andrew would be alive today had the NHS trust that was entrusted with his care looked after him properly.

During the debate, I referred to a detailed study by Manchester University, which showed that – in one year alone - 636 people who were deemed by clinicians to be at a low or no immediate risk of suicide went on to take their lives within the next three months. After having decreased for three consecutive years, deaths by suicide in the UK have increased by 11.8 per cent in 2018. This has highlighted the need for the NHS to improve suicide prevention in every local area.

In order to ensure that this situation doesn’t happen again, I suggested three key elements: training nurses, using a proper, validated tool and taking into account the past behaviour of the individual and the context of the situation. I also called on the trust to be more open and honest when investigating the circumstances surrounding a patient’s death.

In response the Minister, with responsibility for suicide prevention, Nadine Dorries MP, said she wanted to do “whatever we can to reduce the devastating impact of suicide.” Ms Dorries said that the National Institute for Health and Care Excellence (NICE) make clear recommendations that NHS professionals should not use risk assessment tools and scales to predict future suicide or repetition of self-harm or to determine who should be offered treatment and who should be discharged. She said that “Each NHS trust is responsible for the care it delivers and the safety of its patients but NICE guidelines are clear on the use of risk assessment tools and we expect the NHS to implement the guidelines and follow the guidance which clearly states that all patients’ management plans should be based on the assessment of individual risk and not on the completion of a checklist.”

Ms Dorries also told the House that the NHS is developing a new culture of openness about incidents, such as the one involving the Bellerby family and, as a result, lessons will be learnt to ensure it never happens again. She said that they had asked all mental health trusts to put zero suicide ambition plans in place and announced that the government was investing £2 million in a national quality improvement programme to improve safety and suicide prevention in mental health services across the NHS.

After the debate, Mr Richard Bellerby said “I am extremely grateful to my MP Kevin Hollinrake for the support he has given to my campaign and for bringing the subject of suicide assessment to the attention of parliament and, hopefully, to the public in general. My family have been devastated by the needless loss of our son but also by the callous lack of sympathy, concern, compassion or remorse shown by the Sheffield Health and Social Care Trust. Recent independent inquiries and reports have clearly shown that the loss of our son was the tip of an iceberg which has gone unseen for too long and, whilst nothing can bring Andrew back to us, we are determined to pursue our campaign until changes are made to procedures, policies and accountability so that others don’t have to suffer the way we have.”

The debate can be read in full here: http://bit.ly/2PM2XYc