No reprieve for RAF Linton on Ouse 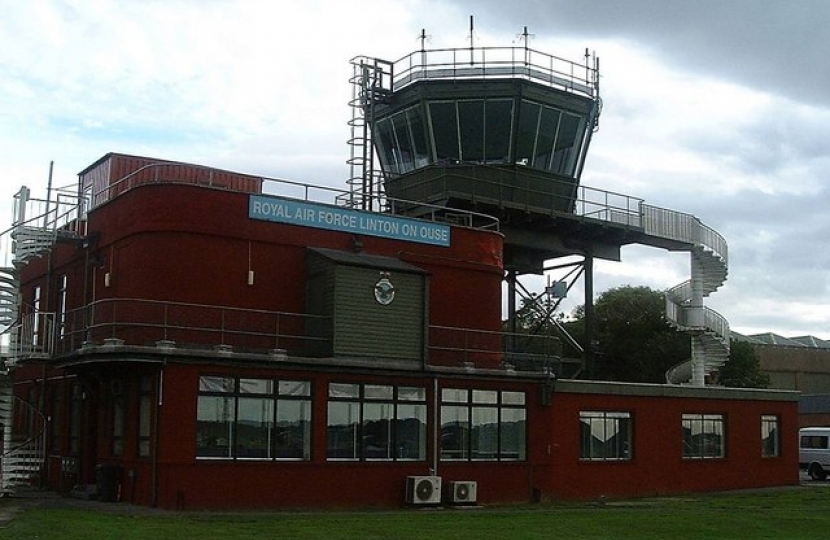 I am deeply saddened that efforts to find a last minute reprieve for RAF Linton on Ouse have failed. I have held a number of meetings with the Defence Secretary, Ben Wallace and senior Defence staff to try to explore other military options for the site. However, in response to my question about its future in the House of Commons, the Defence Secretary said “We did look at exploring other military uses for the base. At the moment no long term military requirements have been identified. Therefore we are completing final assessments, with disposal details being announced in due course.”

I am very disappointed. I had had a number of discussions about how the site could be used. Local people are rightly proud of the role RAF Linton on Ouse has played in the defence of the realm since the end of the second world war until recently. During World War 2 its planes, pilots and air crew took off for highly dangerous long-distance bombing raids on Germany, Norway and other Axis military bases in Europe. I will continue to work with the local authority to try to find alternative employment for those who are still looking for work.

Regretfully some of the MOD tenants face eviction when their homes are handed back to Arlington Property Services in September. Negotiations between the MOD and APL to secure the tenancies have failed so a group of my MP colleagues and I are approaching APL to ask them to consider favourable offers from local social housing providers, including councils and their subsidiaries, to buy the homes with the current tenants in possession. The Minister, Jeremy Quinn has given his support to this and we have asked for his active assistance in facilitating negotiations between APL and social housing providers. I will do everything I can to ensure that my constituents do not lose their homes.

Budget boosts business and the North

Today’s three-part Spring Budget will support people and businesses in Thirsk and Malton through a moment of deep crisis, will begin to fix the public finances with a fair and honest plan and will support the work of building the UK economy whilst levelling up across all the regions.