No wonder the Chancellor has had a spring in his step 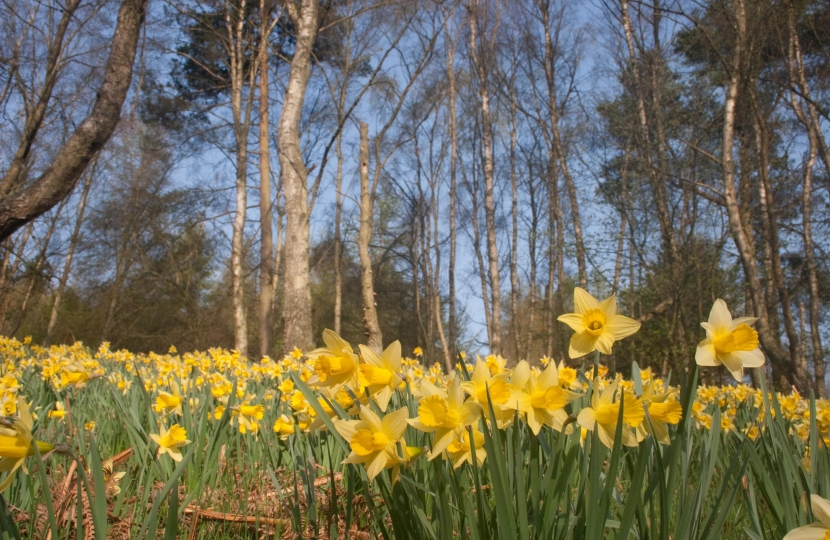 It has been a long, cold and bleak winter and I hope that you have managed to keep well and warm.

At this time of year we start to look forward to the promise that spring brings, lighter days and the unmistakeable anticipation of brighter and, if we are lucky, hot summer months ahead.  The Spring Statement by the Chancellor of the Exchequer was a timely reminder that there is much to look forward to and that our economy is not only doing better than we dared hope but is, in fact, doing extremely well.

Let’s look at some of the facts. Borrowing is down, £108 billion lower than in 2010 with the first sustained fall in debt as a share of GDP for 17 years. The Office for Budget Responsibility (OBR) has revised its growth forecasts from 1.4 per cent to 1.5 per cent for 2018. Unemployment has decreased by three million since 2010, which is the equivalent of 1,000 people finding work every day. The unemployment rate is now close to a 40-year low and we have been the fastest growing economy in the G7 for much of this period.

This rosy picture is no coincidence. It’s not down to one or two clever government ministers being in the right place at the right time. It’s down to good old Conservative common sense and principles. You work hard, but spend only what you can afford. You keep taxes low and encourage and reward entrepreneurs and those prepared to take risks to create wealth and jobs. You live through hard times knowing that there will be better times around the corner. Don’t get me wrong, I know it has been hard for many people, on a personal level, who have had to tighten their belts and make sacrifices to make ends meet and I also understand that many people are fed up with it. This is why I am pleased that the Chancellor’s message that there is light at the end of the austerity tunnel came across loud and clear and why I welcome his hint that, if public finances continue to grow, he will increase public spending on schools and our vital Health Service.

There was also good news in the Spring Statement for North Yorkshire as the Chancellor announced that £15 million from the Fibre Wave 2 Challenge Fund has been allocated to help roll out full-fibre broadband across the county to include Malton and Norton, Easingwold, Thirsk, Pickering, Stokesley and Great Ayton. It will be used to connect 400 public sector sites with fibre broadband and it will  provide the basis for the expansion of fibre connectivity which will add to the extensive digital infrastructure in North Yorkshire. This is really welcome as I have been pushing hard for more funds to develop broadband in North Yorkshire since I was elected in 2015. I shall also be following up on Mr Hammond’s announcement that cities across England can bid to share £840 million to deliver local transport priorities to ensure that we, in the North, receive our fair share, which is all part of the government’s devolution agenda that I fully support.

I know that many people feel that the long lonely road towards Brexit is never-ending. It is certainly true that the Europeans are not making it easy for us. But we must not forget that this is the start of  negotiations and so they are bound to sound tough and uncompromising. After all, they don’t want us to leave and they don’t want other countries to follow in our footsteps. The Prime Minister was right in her recent speech to say that there has to be give and take. Neither one side will get everything it wants. I think Mrs May is doing a fine job in hugely difficult circumstances, not only in dealing with the European negotiators but also in dealing with her own Party which reflects many different views about the way forward and the final outcome. It’s important that we all rally round and give her our full support.

You may be aware that last week I attended a debate at Lady Lumley’s school in Pickering on the safety of fracking. The vast majority of people were against fracking but I am very glad I took part so that I could answer questions face to face. Having listened to many experts on both sides of the argument, I remain convinced that the economic and climate change arguments in favour of fracking outweigh the unproven risks. I will continue to support shale gas extraction so long as regulations protect the environment and the landscape. I made the point during the debate that scientists and engineers at the Royal Society, the Royal Academy of Engineers and many others are confident that the regulatory framework is in place and the time has come to place our trust in them. I have always made it clear that if exploration cannot be carried out whilst staying inside acceptable environmental limits then I will be the first to call for a moratorium.

So, with the first official day of spring just a few days away, let’s celebrate how far the economy has come over the last eight years. The government has invested over £60 billion since the Autumn Statement in 2016, in public services and in building the infrastructure for the future, whilst continuing to cut tax for millions of working families. We have seen debt start its first sustained fall in a generation – a huge turning point. Let’s remember that, given half a chance, Labour would go back to their old ways and do it all over again, sending debt spiralling by over £350 billion, wasting billions more on debt interest and leaving our economy vulnerable for generations to come.

We absolutely must not give them the chance.