North Yorkshire police to be bolstered in new recruitment drive 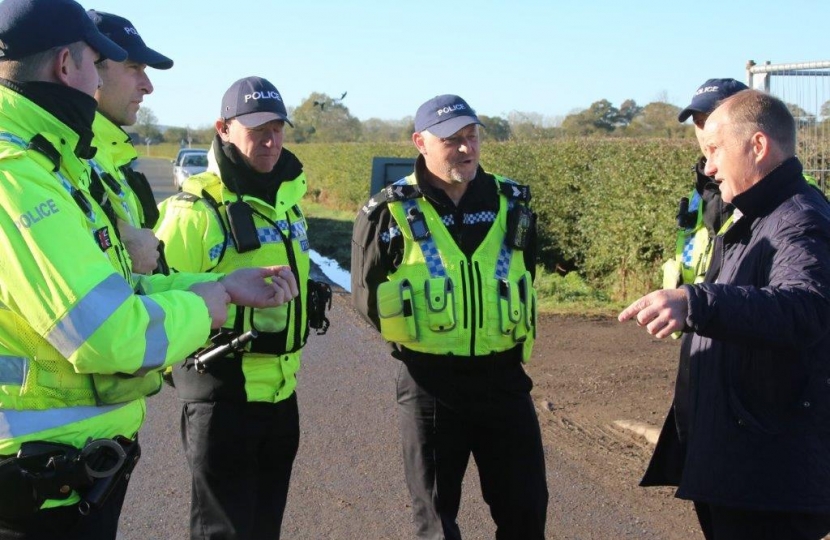 I welcome the news this week that North Yorkshire will be recruiting 58 new police officers. This is part of a new nationwide recruitment drive to hire 20,000 new police officers across the country strengthening their numbers to help crack down on crime.

Communities are worried about crime and hiring more police officers is a priority for the Government. The first stage will see £750 million being spent to support forces by recruiting up to 6,000 additional officers onto our streets by the end of 2020-21. This is thanks to the additional funding announced by the Chancellor in the Spending Review. All officers recruited as part of the 20,000 uplift will be additional to those hired to fill existing vacancies. They are also on top of the extra officers already being recruited because of the £1 billion increase in police funding for 2019-20, which includes money from council tax and for serious violence.

Police forces work incredibly hard tackling crime at all hours of the day and it is right that local stations will receive funding enabling them to hire more officers and keep our streets safe. Fortunately, the volume of crime in rural areas is often lower than it is in towns and cities, however, individuals deserve the right to feel safe and businesses should be protected. This is a positive start to a nationwide drive which will see a boost to North Yorkshire forces who serve our communities across my constituency.

The nationwide recruitment targets announcement follows the establishment of a £25 million Safer Streets Fund. North Yorkshire’s Police and Crime Commissioner will be able to bid for funding to prevent burglary and theft in crime hotspots through initiatives that could include interventions to improve home security, such as installing better locks, gating alleyways and making streets better lit at night.

It also follows the Home Office extending a pilot to make it simpler for forces to use Section 60 serious violence stop and search powers and announcing a £20 million package of actions cracking down on county lines drug gangs.

The Home Office has also announced £10 million of funding to increase the number of officers carrying tasers to keep themselves and the public safe and confirmed plans for a police covenant, which will focus on the physical protection of officers, their health and wellbeing and support for their families.

I support the extra funding made available as the Government continues to equip new and current police officers with the powers and resources they need to tackle crime in North Yorkshire.