Parliament is prorogued until the Queen's Speech 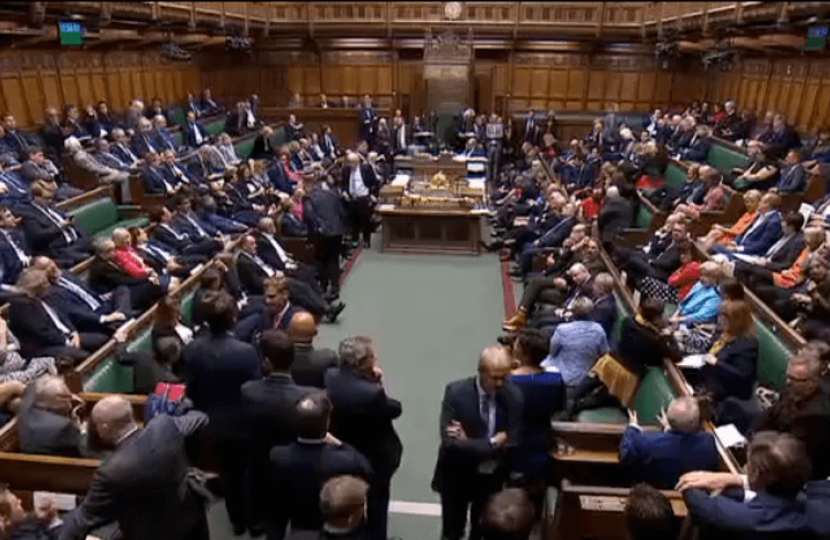 Events over the last ten days have moved very swiftly. As you may have seen in a recent comment I have been clear that I do not think the Prime Minister intends to behave unlawfully. The legislation, which has just completed its passage through the Houses of Parliament states that Mr Johnson must seek an extension of Article 50 if a deal is not reached by October 31st. I do know that Mr Johnson and his team will be looking very closely as to what this means and what he can and cannot do and will respond accordingly. I do not think he has any intention of breaking the law.

I want to make the point that the opposition parties, particularly Labour, which has no clear position on Brexit, has put the Prime Minister in a much more difficult position and has acted wholly irresponsibly. I have always said, as has the Prime Minister, that we do not want a no deal outcome. However, leaving it on the table was designed to bring the EU back to the negotiations with some sensible concessions. Had we stayed firm, then we would have had a good chance of securing a new arrangement and we could have left on October 31st and moved on. Opposition MPs have now made this tactic less effective and have succeeded only in dragging us further into a mess, from which it is currently more difficult to see a way forward.

Of course, I very much regret that some of my former colleagues have lost the Conservative whip. They have served our party and the country loyally and well for many years and will be missed. Individual MPs have to make their own decisions. The Prime Minister had been clear that no deal had to be part of the negotiations and that, anyone who didn’t support him, would have the whip taken from them. I  very much hope that we find a way for colleagues who have had the whip withdrawn to rejoin the party when we have the opportunity to vote on a deal in October.

A general election is now a certainty but the question is when. The Prime Minister, seeing no way through with the current Parliament impasse, has tried to call an election for October 15th. This would give you a chance to have your say. Your choice is to support the Prime Minister secure a deal or risk Jeremy Corbyn taking the keys of Number 10 (possibly in coalition with the Liberal Democrats) and watch the devastating impact his premiership would have on our economy, on jobs on investment and on our children’s future.

To enable this, Mr Johnson had to secure a two-thirds majority because of the Fixed Term Parliament Act but he has failed to do so, twice, because opposition MPs refused to vote for it. They have argued that they wanted first to remove the threat of no deal on October 31st. The reality is, however, that they are afraid that they will not win and so didn’t have the courage to support something that they have been calling for, repeatedly, over the past few years. Many of them also, in truth, want to stop Brexit from happening, despite the 2016 referendum and subsequent 2017 general election when 80 percent of people voted for parties which stood to honour it.

We are certainly in a mess. The indecision, delays and uncertainty are crippling business and everyone I speak to wants a solution as soon as possible. There is only one option open to us, we need to support the Prime Minister in his efforts to secure a deal and get it through Parliament before October 31st. This would mean we can move on to address the many issues that are being neglected but which the Prime Minister has already made clear he intends to prioritise. These include more money for schools and the NHS, more police officers and a reform of our system of adult social care.