£1.57bn to support cultural recovery - how to apply 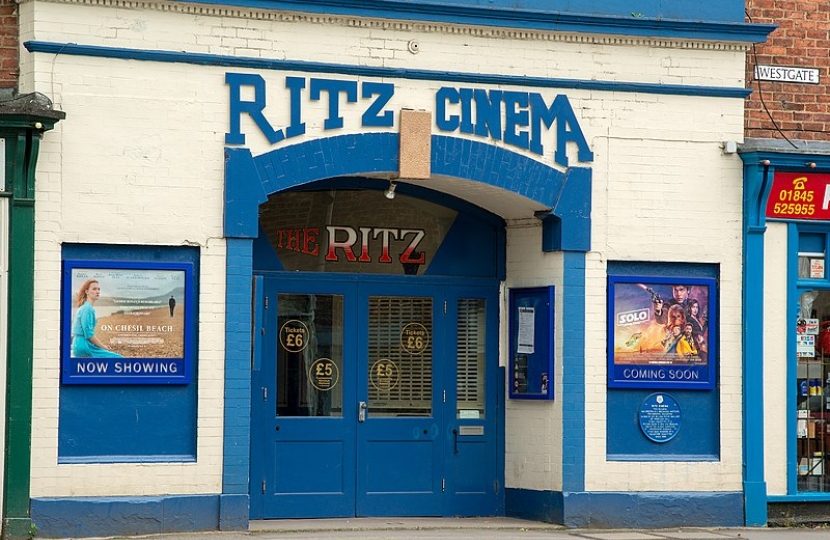 I am delighted that the Culture Secretary, Oliver Dowden has announced more details of how organisations like theatres, cinemas, museums and grass roots music venues, including many in Thirsk and Malton, can access the generous funds set aside to reboot and protect the sector.

This funding will secure a future for the creative industries sector so that it can innovate and thrive once more after the pandemic. It will ensure that nationally and internationally important collections and organisations are supported, and will support organisations that are essential to the fabric of their local community. As a result of these grants and loans, organisations will be more able to resume cultural activity now, increasing employment opportunities for freelancers in the months ahead, and will be protected from closure, ensuring they can provide employment in the long term.

The grants will be delivered through the Arts Council England, Historic England, the National Lottery Heritage Fund and the British Film Institute. These organisations will award grants of up to £3m for organisations to ensure their viability to the end of the financial year. Further support is available to the cultural and creative sectors with more detail about loans available to large organisations in the culture sector and a Film and TV Production Restart Scheme has also been announced

What will the criteria be?

To ensure that funding is targeted towards the right organisations, we will require successful applicants to meet the following eligibility criteria:

How much funding will be available?

£622m will be available for the first round of applications. The remaining £258m of grant funding will be reserved to ensure that we are able to adapt and flex to the still uncertain impacts of Covid-19, and so we are able to effectively support organisations through the latter half of the financial year. As such, this remaining funding will be released to our Arm’s Length Bodies to deliver according to the evidenced need in the coming months. In the initial round, ACE will be delivering total funds of £500m (this includes £2.25 million in targeted emergency support for small music venues; National Lottery Heritage Fund and Historic England will distribute £92m and the British Film Institute will distribute £30m.

Applications will be considered, and grants awarded, by the most appropriate Arm’s Length Body of DCMS. There is an expectation that demand will exceed available funding so decisions will include balancing criteria to help distinguish key organisations. This balancing criteria will ensure a geographic spread of organisations, support for the diversity of sub-sectors, and will reward those that play a role in driving growth and/or broadens access or participation in culture and promotes positive social outcomes.  An independent board, chaired by Sir Damon Buffini, will be set up to advise on the execution of the rescue package as a whole and the largest awards.

When will the grant scheme be launched?

The grant schemes delivered via Arm’s Length Bodies of DCMS will be open for applications in early August. Resulting payments to successful applicants are expected to be issued in September and October. Applications for the repayable finance scheme will be opened soon after the grants programmes go live. Applicants will need to meet the same cultural criteria as grants applicants, as well as meeting financial criteria on business planning and their ability to repay. Decisions loan allocations will be taken by the Culture Recovery Board, chaired by Sir Damon Buffini.

This is a Government-backed scheme worth £500m for domestic film and TV productions struggling to get coronavirus-related insurance. The new UK-wide scheme will support TV and film productions that have been halted or delayed by a lack of insurance to get back up and running, by giving productions the confidence they need that they will be supported if future losses are incurred due to Covid-19. Further details will be announced over the summer, including the eligibility criteria for productions who can use the scheme ready for applications by the end of the summer.