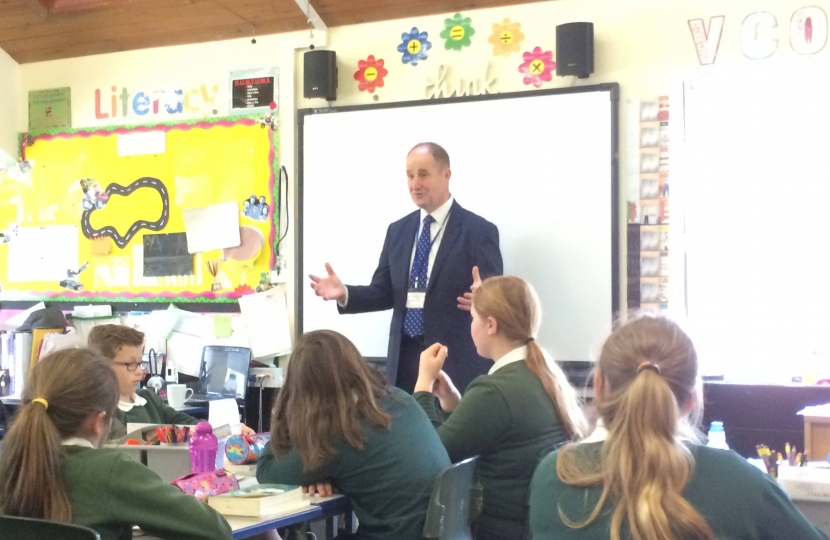 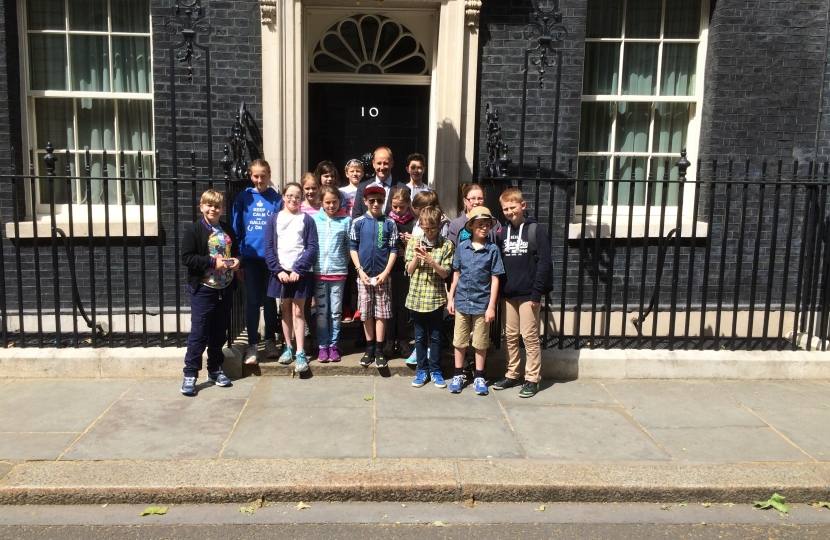 Year 6 pupils from Amotherby Community Primary School  were first visited by Kevin in their school near Malton, North Yorkshire to tell them about how he was finding Parliament and what it entails to be an MP. A few days later, the pupils were in London joining with Kevin outside No.10. They then went on with Kevin to visit Westminster Hall, Central Lobby and Strangers' Gallery where they viewed the Referendum debate.

Kevin said, "When I visited Amotherby School, I was amazed by how much the pupils knew already and also by the quality of their questions. It was a joy to meet up with them in Westminster and I hope they all got as much out of it as I did."

Sue Knowles, Amotherby's Headteacher said, "It's the third year now that we've been running this 4-day residential trip to London for Year 6 and each year it gets better. The children learnt a great deal in an action-packed trip and I am very grateful to Kevin Hollinrake for working with us so effectively when he's only just arrived in Westminster."