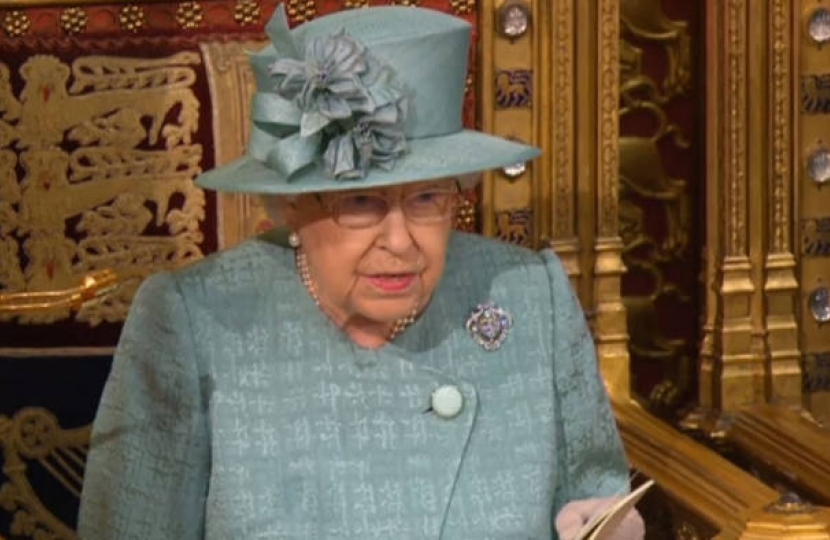 The clear promise in the Queen’s Speech to level up opportunities and investment in the regions across England is great news, particularly as I have been a long-standing campaigner for a fairer deal for the North. The Queen’s speech, one of the most packed for a long time, has something for everyone and will lead to far reaching changes which will affect the whole nation.

It will come as no surprise that delivering Brexit and the NHS were top of the list of the government’s priorities but I was also very pleased that there are to be measures to ensure every part of the UK will prosper and that there will be a greater share of investment spent in our region. This will include investment in our digital, transport and energy infrastructure and proposals to enable communities to have more control about how the money is spent. Narrowing the North-South divide and devolving powers to regions are two issues for which I have been campaigning hard.

The speech included plans to introduce legislation to ensure that the UK leaves the EU on January 31st 2020 and commitments to make the most of a future relationship with the EU based on a free trade agreement as well as a determination to begin negotiations for trade deals with other countries around the world. The Queen outlined the Prime Minister’s ambitious reforms for our public services to support the millions of people who voted for him, including those in the North who have never voted Conservative before. Among these are measures to invest billions more in the NHS and strengthen its workforce enabling it to deliver the highest quality care, proposals to reform adult social care in England to ensure dignity in old age and to reform the Mental Health Act to improve respect for and care of those receiving treatment. The Government will also bring forward measures to ensure that all young people have access to an excellent education to help them prepare for a life of work, to support flexible working plans and to raise the National Insurance threshold and the National Living Wage. There will also be measures to protect tenants and to make new buildings safer.

Protecting the planet for future generations is also to be a major priority with plans to take action to meet UK’s targets of net zero carbon emissions by 2050. There is to be a landmark Environment Bill, which will be the first for a generation and will enshrine environmental principles in law and will include measures to improve air and water quality, tackle plastic polution and restore habitats. A new world-leading independent regulator will be established to scrutinise policy and ensure complaints are investigated. In addition to promises to improve public services there will be a review of our foreign policy and security, the judicial system, the constitution and how government works.

This Queen’s speech will keep us busy for the next five years. It certainly means the deadlock of the last three years is well and truly over and we can now get down to business. I was delighted to hear that business rates will be cut which will be a boost to town centres, like Thirsk, Malton, Pickering and Filey. I also welcome new legislation to tackle serious crime and measures to ensure that victims receive the support they need and justice they deserve along with measures to ensure that people who have worked hard and saved all their lives will be protected from the irresponsible management of private pension schemes. This is a very exciting programme of reform which will be delivered by investing in economic growth whilst maintaining the sustainability of the public finances and I look forward to getting started. I very much hope that one tangible sign of this renewed investment in the region will be an announcement in January that the first dualling of the A64 for over 40 years will be completed by 2024.