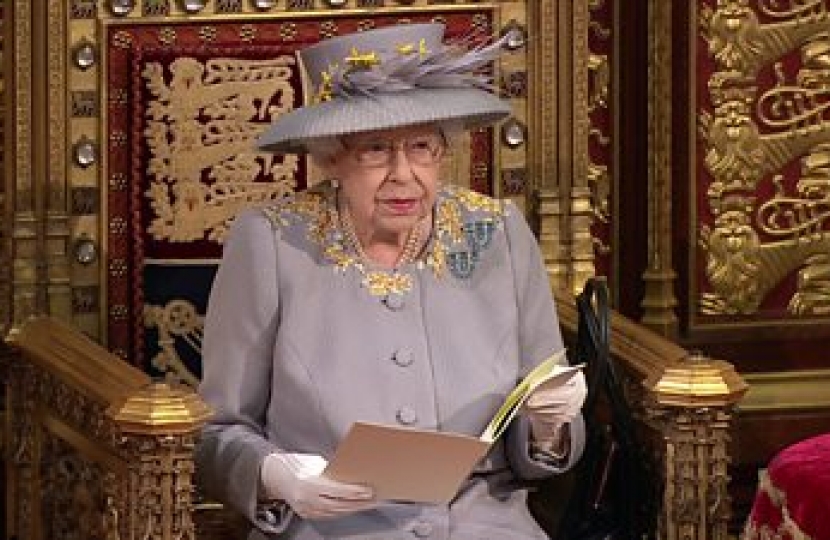 There were 30 Bills announced in total which included pledges on education and skills, planning reform to make it easier to build much needed houses, investment to transform our transport infrastructure, especially buses and rail and to bring highspeed broadband to all areas of the North alongside proposals for 8 new freeports, which provides tax breaks for employers.

Levelling up was a central plank of the 2019 manifesto and today’s Queen’s speech unveiled a number of Bills which will enable it to happen in reality. As an MP who has long been campaigning for a fairer deal for the North I was particularly pleased to see that legislation will include the Skills and Post-16 Education Bill, aimed at offering lifelong learning to enable people to train for better jobs which will give them a higher standard of living. Alongside this the government will bring forward proposals to create and support jobs, particularly in former industrial areas in the North. I look forward to seeing the detail of all these Bills.

Other measures included plans to invest more in the NHS and ensure that there is more tailored care closer to home and measures to reform the operation of the social care system. There were also proposals to bind environmental standards and ensure high standards of animal welfare, to ensure integrity at elections including plans for ID before voting, plans to ban conversion therapy and a proposal for a new system for the regulating of high-rise buildings and inspecting construction sites so we do not repeat the mistakes of the past.