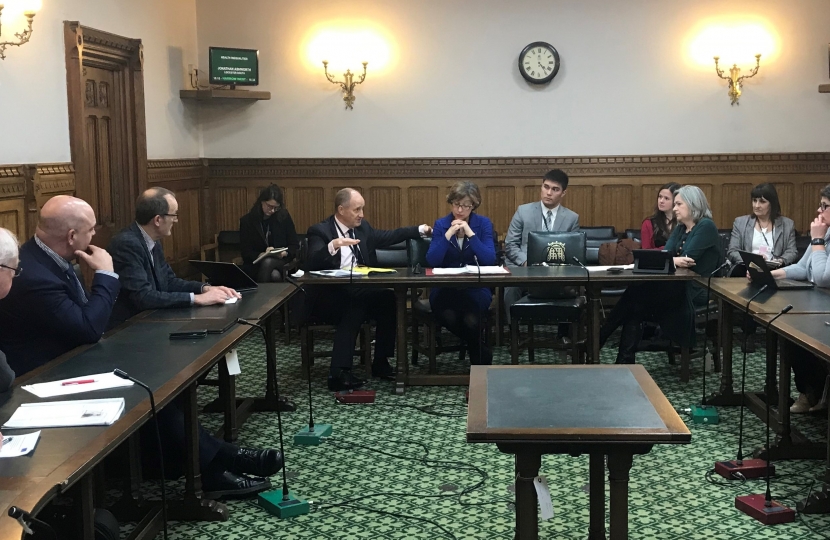 I will be working with ministers, North Yorkshire Moors Railway and the wider heritage railway sector to find a viable replacement for their current coal supplies if UK production ceases as a consequence of the Government’s ban on burning of coal in homes and power generation.

The North Yorkshire Moors Railway is a hugely popular tourist attraction, starting in Pickering and making its way to Whitby though the most stunning of scenery. It is estimated that it generates £40 million indirectly into the local economy and is part of a tourist industry which employs 4,000 people and 22,000 volunteers. We certainly do not want to lose it but I am very concerned that heritage rail will not be able to guarantee an affordable supply of fuel in the years ahead before environmentally friendly alternatives have been properly developed and produced at scale.

I have met with Defra minister Rebecca Pow MP, Tourism minister Nigel Huddleston MP, All-Party Parliamentary Group on Heritage Rail Chair Rt Hon Liz Saville Roberts MP together with representatives from the Heritage Rail Association (HRA) and the NYMR in Parliament to discuss the uneconomical reality of relying on imported coal in the short term if domestic production ends. Imported coal is more expensive and could cost NYMR alone an extra £900k per annum which would place a huge financial burden on the railway and would be unsustainable for smaller heritage lines.

Heritage rail companies such as NYMR recognise concerns over coal pollution and are already working with other agencies such as the Northern Forest Initiative on Carbon Capture projects, and some railways are looking at innovative research and development schemes to power historic trains in the future. The industry wants to move away from fossil fuels into bio-coal or a hydrogen powered solution. However, these alternatives cannot yet power the trains to sufficient speeds and are too expensive to be a viable option at the moment.

We are considering a proposal to provide support with the initial cost of importing coal, which is expected to be about £2-3 million, to establish necessary power supply lines to import bituminous (lumped) coal.

The Ministry of Housing, Communities and Local Government is also considering planning permissions to extend the life of or to create new coal mines allowing the UK to produce its own coal specifically for heritage railways as well as for heavy industries (steel and cement) rather than importing from Russia and therefore avoiding the environmental impact that this would entail.

Steve Oates, Chief Executive of the Heritage Railway Association, said he was very encouraged “Having stressed the economic, PR and social value of heritage railways to the UK’s visitor economy and to numerous local rural economies it is reassuring to know that the Government has no desire to see the end of heritage steam. I’d like to thank Kevin Hollinrake MP whose constituency covers the North Yorkshire Moors Railway for his support.”

I shall take this up with BEIS and Local Government ministers but I remain open to new ideas that can help heritage rail flourish in the years ahead whilst they continue working on developing environmentally friendly alternatives.

Calling for stronger action on climate change ahead of Glasgow summit

I have written to the Secretary of State for Business, Energy and Industrial Strategy and COP President, Alok Sharma MP, to urge him to continue to prioritise action on climate change ahead of the upcoming UN Climate Summit (COP26), which the UK will host in Glasgow in November 2021.