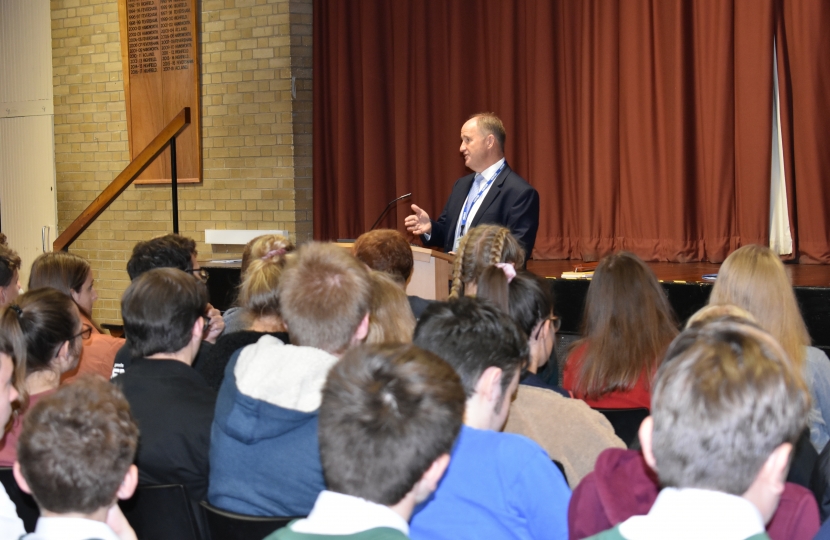 This is excellent news; more children across North Yorkshire will be able to access a world-class education thanks to a major funding boost by the Conservative Government. The commitment that every secondary school pupil will receive a minimum of £5,000 next year and every primary school pupil will receive a minimum of £4,000 by 2021-22 will reassure parents of the Government’s promise to deliver the best for their children. I am particularly pleased that a number of primary schools in Thirsk and Malton are set to receive a large percentage increase in pupil-led National Funding Formula funding.

This funding follows the Prime Minister’s announcement in August that the budget for schools and high needs would be increased by a total of over £14 billion over three years, rising to £52.2 billion by 2022-23. Schools and local authorities found out how the first part of that investment - £2.6 billion - will be allocated for the coming year. The notional National Funding Formula figures for local schools set to gain in 2020-21 can be found below.

The extra money, available from April, will ensure that per-pupil funding for all schools can rise at least in line with inflation and will deliver promised gains in full for areas which have been historically under-funded. The extra funding will continue the move towards a fairer funding formula, which I have campaigned for strongly. I have met with ministers and written to them to highlight the discrepancies between rural and urban schools. I've also made the case that a fairer funding formula is needed to ensure schools in towns and villages across North Yorkshire get the resources they deserve. The Department for Education is working to better the system for the future and I shall continue my fight for fairer funding for parents, teachers and pupils in my constituency.

These figures are notional, demonstrating what schools attract under the National Funding Formula. In 2020-21, local authorities remain responsible for determining schools’ final allocations through a local formula, using the total funding they receive through the NFF for schools in their area.

However, in 2020-21 local authorities must allocate the minimum per pupil funding levels, ensuring that every primary school receives at least £3,750 per pupil (on the path to £4,000 the year after) and every secondary receives at least £5,000 per pupil. In future, we intend to move to a system in which the national formula directly determines the allocations that schools receive.

It is important to note that the school allocations shown here are for funding for 5-16 year olds in mainstream schools; special schools and alternative provision are not included as they are funded separately.

There are a small number of schools for which it would not be meaningful to show percentage changes compared to last year:

* We are unable to calculate a meaningful percentage change in pupil-led funding for some very small schools as their pupil-led funding makes up an extremely small proportion of their total funding, and is more likely to be distorted by changes in school-led funding.

** We are not illustrating percentage changes for schools that are new, amalgamated or split because they either do not have a baseline or their baseline is no longer appropriate because their school structure has changed. 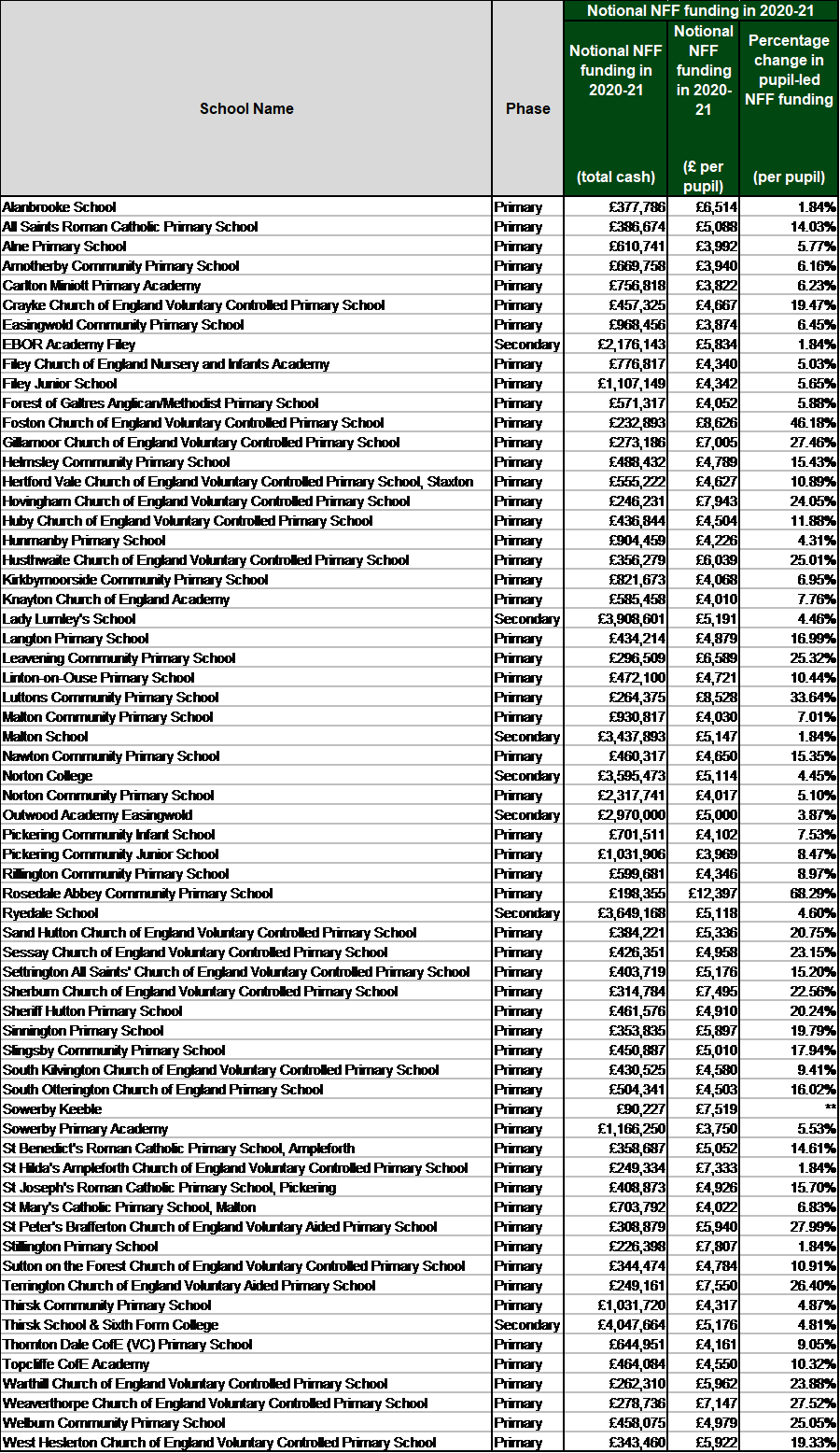