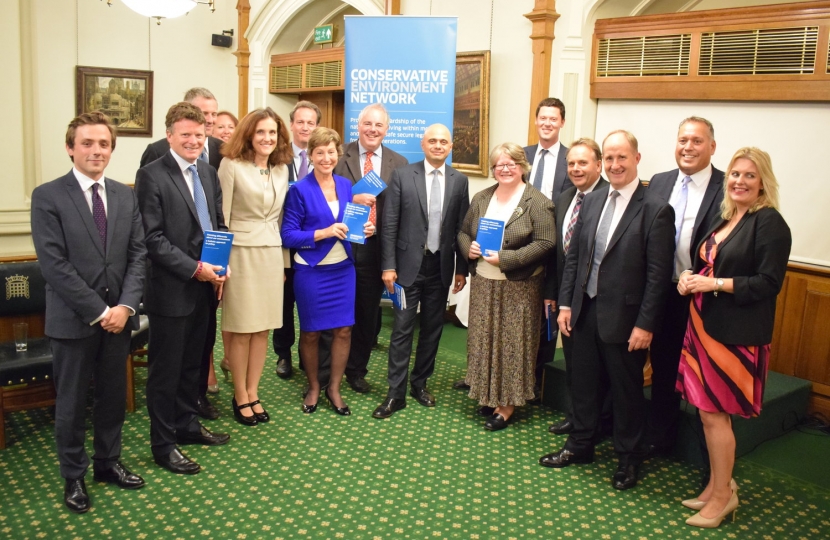 I am pleased to have given my support to a new bill introduced by Alex Chalk MP that commits the UK to ending its contribution to climate change by reaching a net zero carbon emissions target by 2050.

The science is clear that we need to go for net zero, or we risk reaching irreversible tipping points. Failure to act means our children will grow up in a world with growing conflict over scarcer resources, increasingly extreme weather and poorer air quality. But setting this goal is even bigger than ending the UK’s contribution to climate change; net zero is also an amazing economic opportunity. The low carbon economy is growing two or three times faster than the rest of the mainstream economy, with almost 400,000 people working in these industries already. So, I fully support Alex's Bill and look forward to supporting its passage through Parliament.

In 2008, the UK passed the Climate Change Act committing the UK to reducing our emissions by 80 percent by 2050 (on 1990 levels). Last year the Intergovernmental Panel on Climate Change published a report which outlined why it is so important to limit warming to 1.5C. The UK Government has since instructed their independent statutory adviser the Committee on Climate Change to look at this in more detail, and is expected to report back on 2 May on how the UK can reach net zero emissions.

Alex Chalk MP's Bill aims to commit the UK to reducing its greenhouse gases to net zero by 2050 which means any lingering emissions are balanced out by measures such as more renewable energy and planting trees which remove carbon out of the atmosphere as they grow.