Ten excellent reasons to support the free-trade agreement with Australia 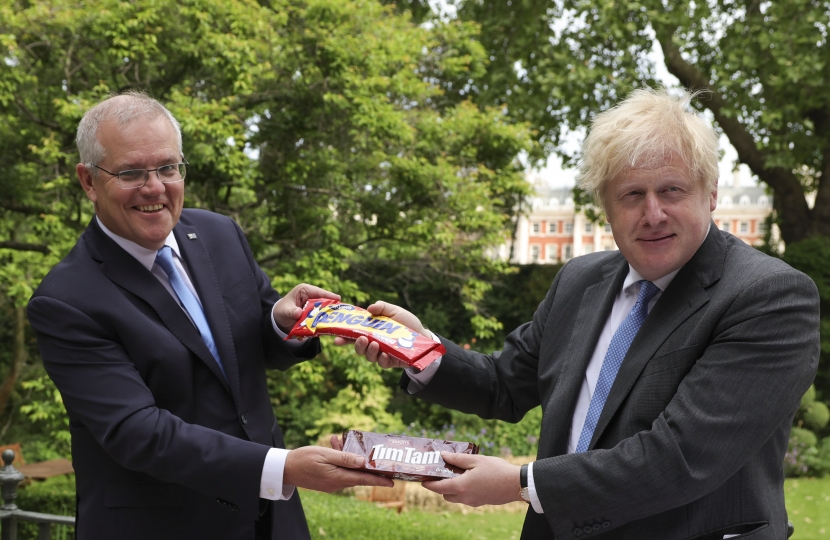 The historic new free-trade agreement, the first major trade deal negotiated from scratch since we left the EU, will create new opportunities for British businesses and consumers across the UK. Once the details are known I will scrutinise it carefully to make sure that it is fair to constituents, especially farmers, who I know have been worried about the effect it could have on food, animal welfare and environmental standards. Ministers have been clear that our high standards will not be impacted and I will follow it closely to ensure that this is the case.

In a nutshell, the main benefits are:

You can find the answers to the most commonly asked questions here: