Time for the United Kingdom to move forward 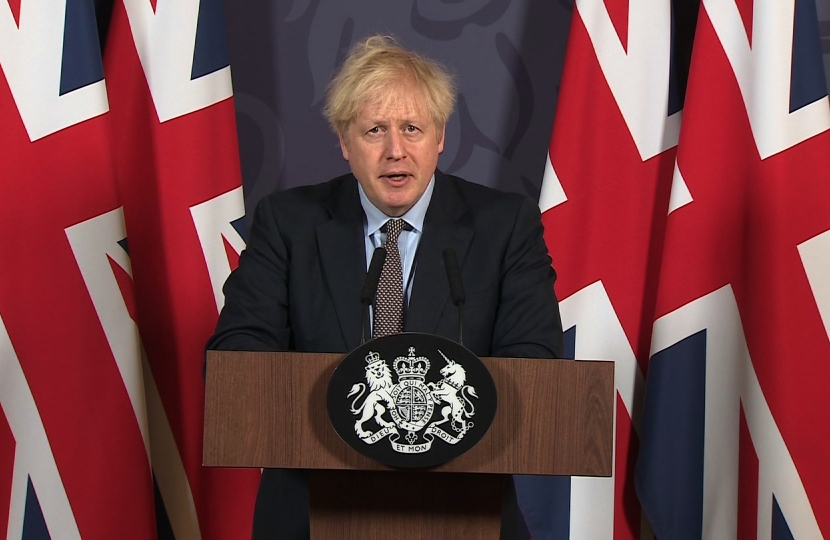 I very much welcome the UK-EU free trade agreement, the first that the EU has ever reached based on zero tariffs and zero quotas. It is excellent news for families and a great relief and opportunity for businesses in Thirsk & Malton, and indeed, every part of the country.

Despite fierce opposition and a notoriously difficult negotiating partner, the commitments made to the British public during the 2016 referendum and in the general election last year have now been delivered. In short:

Of course, some will find fault with this agreement, not least the opposition parties some of whose members, incredibly, oppose the deal. It is true that there are some areas that we had to compromise on, not least that there is no immediate agreement on services, which will be the subject of further negotiations. The UK government focused principally on goods in negotiations as this was by far the most problematic area for businesses as we left the Single Market and Customs Union. Yes, there will be more checks at the borders which will mean change and extra cost for many businesses, but most understood that the vote to leave the EU in 2016 was a vote for change.

The Prime Minister was true to his word and the much expected ‘fish for financial services’ sell-out did not happen. Over the next 5½ years our share of fishing rights in UK waters will increase from 50% to 66% and after that we will have complete jurisdiction on fishing rights in the same way Norway has. Some might say we should have gone further and faster in returning fishing rights to the British fleet but we should bear in mind that the tariff and quota free goods arrangement that we have secured was also vital to the fishing industry as much of the fish we catch is exported to the EU.

As a nation, we now have crossed the threshold of the doorway to a new world of huge opportunities; a more dynamic, cleaner and greener economy, levelling up by means of a better deal and greater prosperity for the people of the regions, not least the North, an SME first approach to business and future general elections that will offer Britain’s voters genuine opportunity for change. Politicians can no longer blame others for failure to reform. It is now time to move on from past divisions, move forward and grasp these opportunities with both hands.

Stepping up campaign to improve safety on A19

My neighbouring parliamentary colleague, Rishi Sunak and I have stepped up our campaign to secure safety improvements to a key trunk road running through the heart of our constituencies by continuing to press for junction improvements to the A19 dual carriageway between Thirsk and Teesside.