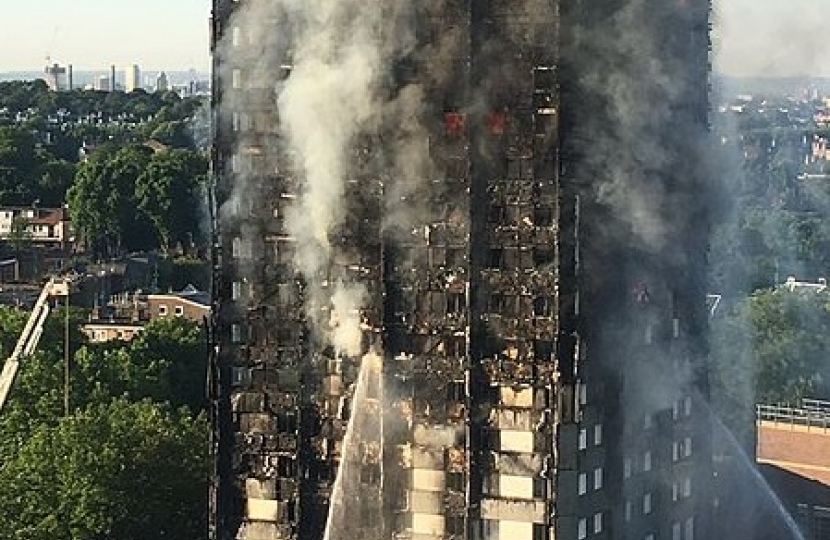 This terrible tragedy has traumatised the entire nation. Our thoughts are with all those directly affected and our thanks must go once again to our superb emergency services. However, I think it would not be appropriate to make any judgement at this stage regarding the causes of this terrible event. The government has instigated a public inquiry headed by a judge, we must wait for their conclusions before assigning responsibility. In the meantime, the Communities Secretary, Sajid Javid, has established a more immediate review of other similar buildings to see what short term action we need to take to prevent any similar occurrences. I will, of course, do everything I can to make sure that the inquiry is completed and its recommendations implemented as quickly as possible. The government has released emergency funds to deal with the aftermath and to make sure that all those made homeless are re-accommodated in the local area.

Although Grenfell Tower was predominately local authority housing, a number of correspondents have contacted me with concerns about rental standards in general. Safety regulations are higher than they have ever been. All landlords have been required for some time to have gas safety checks carried out on their rental properties, and due to action from this Government, from 2015 they are also required to install and maintain smoke alarms and CO2 detectors and from this autumn will be responsible for making sure that the electrics and appliances are maintained to the latest standards.

Personally, I am supportive of additional rental standard legislation but this would require a significant level of regulation, oversight and enforcement. This would have to be carefully planned and the cost of this would have to be borne by landlords, as opposed than the taxpayer, some of which in turn would inevitably be passed on to tenants in the form of higher rentals. I have written to the Housing Minister on a number of occasions suggestion such reforms and will continue to do so.

The private rental sector provides a home to nine million people: only a minority of landlords give it a bad name. I am glad, however, that action has already been taken by this government to root out this minority. Through the Housing and Planning Act, rogue landlords and property agents face the prospect of being banned, coupled with the toughest ever fines of up to £30,000. The extension of rent repayment orders will support tenants who have been illegally evicted. The Government has also consulted on extending mandatory licensing of HMOs, and is currently consulting on banning letting agent fees for tenants.